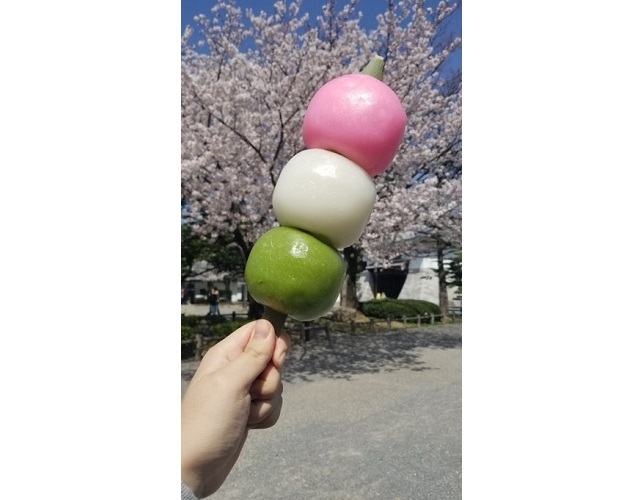 Some dango are built different, and some are built to destroy our jaws.  Made out of sticky, glutinous rice flour and one of the many dumplings existent in Japanese cuisine, dango is a popular year-round snack with different varieties depending on the season. One of the most popular types in spring is sanshoku (“three-color”) dango, […] 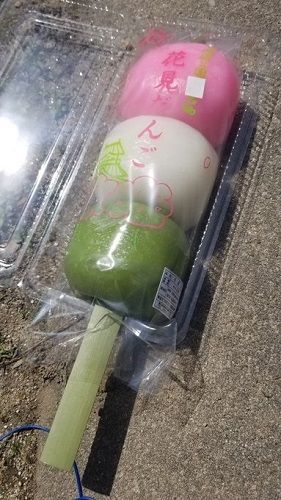 Some dango are built different, and some are built to destroy our jaws.    Made out of sticky, glutinous rice flour and one of the many dumplings existent in Japanese cuisine, dango is a popular year-round snack with different varieties depending on the season. One of the most popular types in spring is sanshoku (“three-color”) dango, a skewer of pink, white, and green dango, which is also known as hanami dango for its ubiquitous presence at hanami (cherry blossom viewing) outings. However, for Japanese netizen @81292_II, instead of buying your typical hanami dango, they decided to go above and beyond with gigantic hanami dango, much to the joy and amazement of Japan’s Twitter-verse. 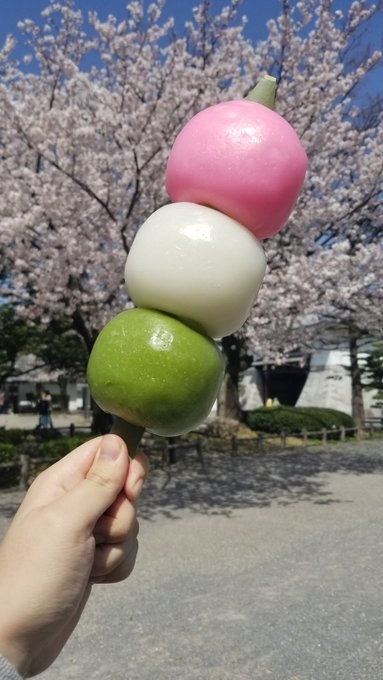 ▼ “Any mention of the Okazaki Sakura Festival and I think of this. Gigantic hanami dango!!”

Purchased at Okazaki Park in Aichi Prefecture and consisting of humongous dango skewered on a piece of bamboo, the massive stick of hanami dango strikes onlookers with awe as well as fear. Our jaws definitely felt some sympathy pain when we tried to imagine fitting just one of those into our mouths.

▼ In a previous year, @81292_II also photographed a comparison between your typical hanami dango and the gigantic one they bought.

Twitter users gathered to not only share their impressions on the larger-than-life dango but also to exchange memes and jokes:

“Bring this to a swordfight and you’ll be guaranteed certain victory!” “Can… can one person seriously finish all of that?” “Instead of a three-color dango, it’s more like a three-meal dango.”

▼ Some folks pitched in with references: one common one was NHK’s educational cartoon Zenmai Samurai, whose protagonist wields a “Dango Blade.”

For those who are curious about hanami dango’s colors, the pink dango gains its cheery hues from food coloring whereas the green dango is made from mixing mugwort with the glutinous rice flour. One netizen also posted a lovely infographic about the symbolic meaning of hanami dango. Traditionally, the dango features the colors pink, white, and green, each representing a different aspect of spring. Pink is for the blooming sakura flowers, white denotes the end of snowfall, and green refers to the verdant summers which are to come.

▼ “Good timing as I just learned from my kid’s picture book about what the hanami dango colors mean!”

No matter how you enjoy hanami this year, whether it’s in a remote location with little people or at home, you can never go wrong with a stick of hanami dango, even if it can barely fit in your mouth. Just make sure to chew it thoroughly when it’s time to eat, however! Source, images: Twitter/@81292_II ● Want to hear about SoraNews24’s latest articles as soon as they’re published? Follow us on Facebook and Twitter!