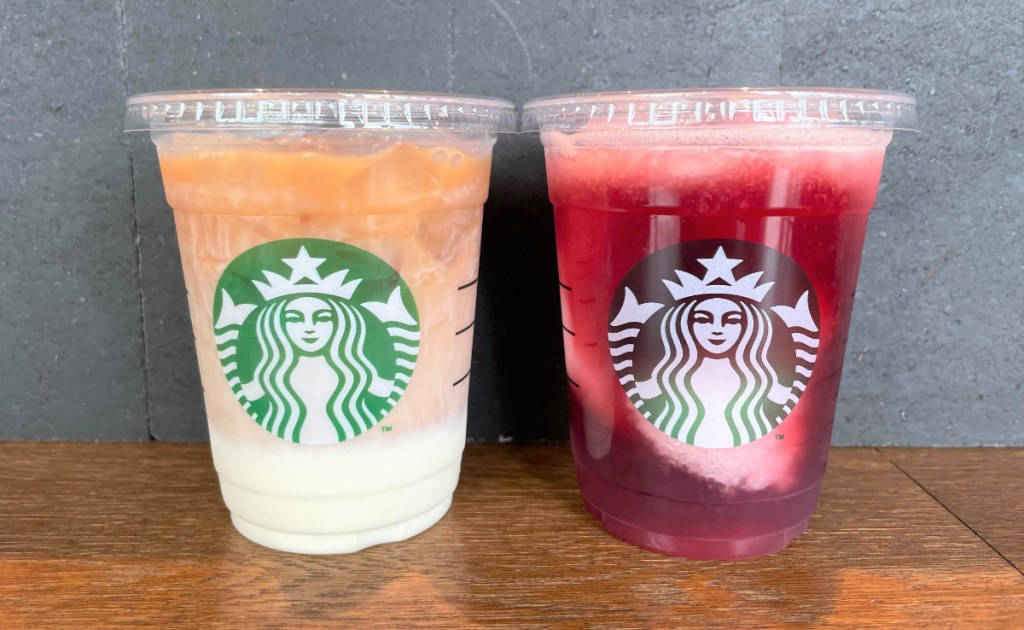 Because Starbucks Japan knows we could all use a bit of relaxing tea time. Summer is swiftly approaching in Japan, and that means Starbucks Japan is breaking out their seasonal summer drinks. We already had a taste of something cold and refreshing in late May, but now it’s time for the main event. On June […] 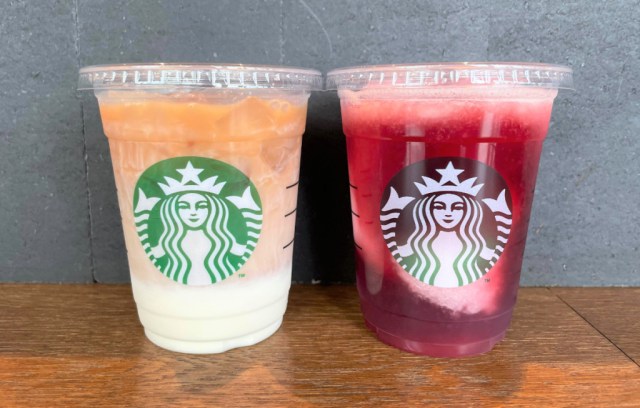 Because Starbucks Japan knows we could all use a bit of relaxing tea time.   Summer is swiftly approaching in Japan, and that means Starbucks Japan is breaking out their seasonal summer drinks. We already had a taste of something cold and refreshing in late May, but now it’s time for the main event. On June 16, Starbucks unveiled three iced tea drinks to enjoy, each created with the theme of relaxation. There’s the luxurious relaxation of the Pink Frozen Lemonade & Passion Tea drink (539 yen [US$4.90] for a Tall), the refreshing relaxation of the renewed Yuzu Citrus & Tea drink (506 yen), and the soothing relaxation of the Hojicha & Classic Tea Latte (506 yen).

▼ On the left is the hojicha drink, in the middle is the frozen lemonade, and the yuzu drink is on the right. 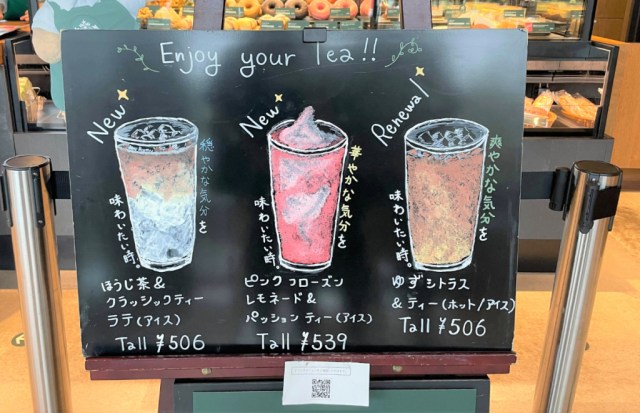 Our Starbucks expert K. Masami picked up on the news of the seasonal drinks and headed to Starbucks to try them out for herself. She figured that since the Yuzu Citrus & Tea drink was going to continue as a regular menu item, she should try the two truly limited edition drinks – the Pink Frozen Lemonade & Passion Tea drink and the Hojicha & Classic Tea Latte.

▼ To start off: something refreshing. 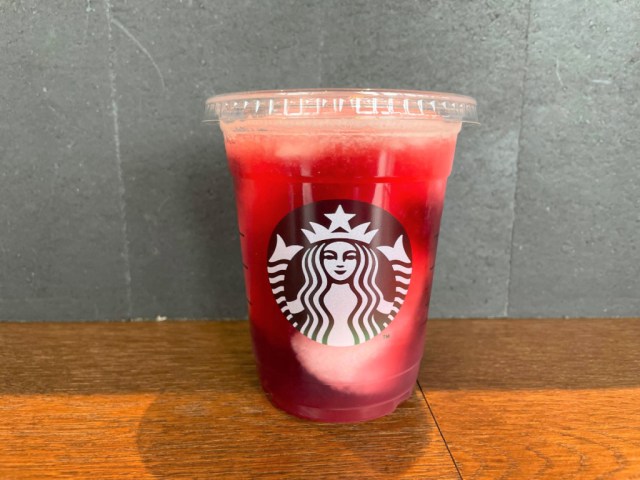 The Pink Frozen Lemonade & Passion Tea is based on a pre-existing passion tea drink on Starbucks Japan’s menu, but this summer beverage has the added sweetness and tartness of pink grapefruit and lemonade along with a frozen slushie-like texture.

▼ If you’re the type of person that craves sour flavors in the summer heat, this is the drink for you. 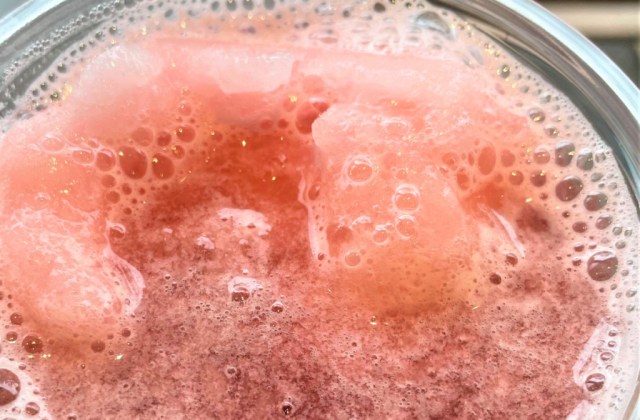 Masami felt her mouth pleasantly pucker at the tartness of the drink when she tried it, but the frozen lemonade was surprisingly sweet enough to balance out the sourness perfectly. The lemonade and passionfruit tea pair together so well in the warmer weather that Masami found herself wishing she’d gotten a larger size than Tall. 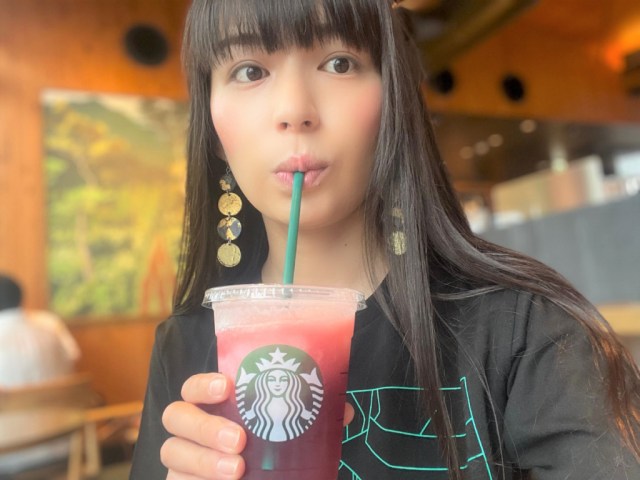 Next, she tried out the drink on the other end of the spectrum – the mellow Hojicha & Classic Tea Latte. Instead of using regular milk, this beverage uses a blend of cream and milk called “Breve milk” for a richness you can’t experience with a regular Starbucks latte.

▼ Pro tip: you can actually customize any drink at Starbucks Japan with Breve milk for an extra 50 yen! 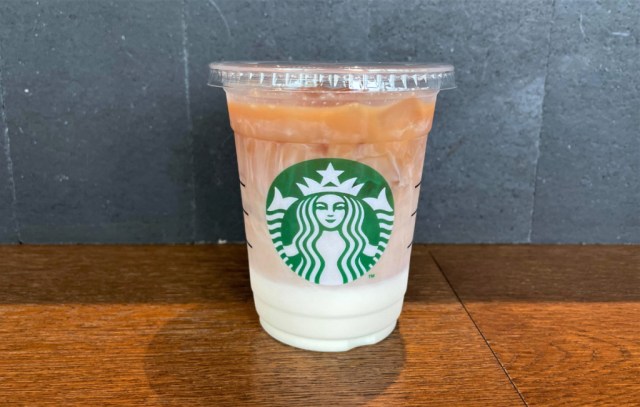 As the name implies, this tea latte is made with a blend of hojicha roasted green tea and black tea. It’s super rich, almost like an amped up version of Japan’s popular royal milk tea. The sweetness of the added white mocha syrup and the creamy Breve milk lingered on Masami’s tongue. 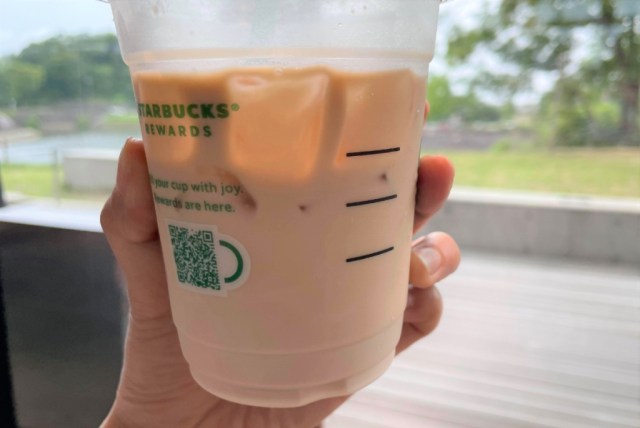 Masami enjoyed both of the new beverages, but she did admit to being a little concerned about the calorie content of the Hojicha & Classic Tea Latte. If that doesn’t bother you, though, then you can enjoy whatever form of relaxation you want this summer at Starbucks, even in some convenience stores! Photos ©SoraNews24 ● Want to hear about SoraNews24’s latest articles as soon as they’re published? Follow us on Facebook and Twitter!