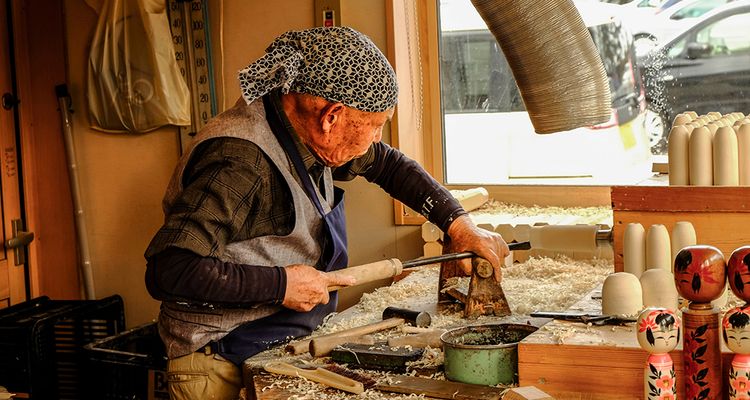 An Introduction to Traditional Japanese Crafts

What Is a “Traditional Japanese Craft”?

Generally speaking, a “traditional Japanese craft” is any craft from Japan that has been made for generations in a certain region and takes advantage of the abundance of Japan's natural resources. Of these, 235 different products across Japan are officially classified as “traditional crafts” under the “Traditional Craft Industry Promotion Act”* of 1974.

Additionally, there are many traditional Japanese crafts that were presented as gifts to important people in Japanese history, or that were made many hundreds of years ago that are now considered “national treasures” or “important cultural properties,” showing just how precious and refined these crafts can be.

The fact that these crafts are still in use today is a testament to their practicality. For example, the “Odate Magewappa” (bentwood lunch boxes from Odate) shown below remain some of the finest lunch boxes available today, as the Akita Pinewood that they are made from perfectly absorbs excess liquid from food kept inside, keeping the lunch delicious even after hours in the box. Another example is the famous “Sakai Cutlery” (Japanese knives) from Osaka, each of which is deftly fashioned by a master artisan who uses traditional Japanese sword-making techniques to achieve a steel blade with a sharpness far superior to even the best ceramic knives. It is this combination of high quality and practical utility that sets traditional Japanese crafts apart.

Reflecting the history and culture of each individual region and made with techniques passed from generation to generation, traditional Japanese crafts evoke the warmth of the artisan’s hand and have a special quality that could never be replicated by a machine.

What Are Designated "Traditional Japanese Crafts"?

(Translated from the Ministry of Economy, Trade, and Industry’s website)

Below are further details of each requirement.

1. The Item Must Be Used In Daily Life

Things that are used regularly by a normal household are considered to be “used in daily life,” even if the use is limited to several times per year or lifetime, such as with items used at seasonal festivals or ceremonial occasions.

In Japanese, crafts are sometimes described with the phrase “yo no bi,” meaning “the beauty of use,” which references the notion that these items actually become more refined and functional as they are touched and admired over time. The colors, designs, and patterns, too, are deeply entwined with Japanese culture and customs.

2. The Main Component of the Item Must Be Hand Crafted

Although the entire craft needn’t be hand made, the essential features that give the craft its characteristic form must be crafted by hand, and the materials, shape, design and other features should be of high quality. Because each individual item is made and handled by an artisan, the shape and size is ergonomic and the safety of the products are guaranteed.

”Traditional” in this case refers to something that has been continued for more than 100 years. Methods and techniques that have been established through more than 100 years of trial and error by artisans in a certain region are said to meet this standard. While the terms "method" and "technique" are closely related, a method can be described as “a historical accumulation of knowhow related to the entire process, from selection of materials to manufacture of the craft,” whereas a technique is more related to the artisan’s individual skills, meaning it can be polished and improved.

As such, traditional methods and techniques do not necessarily need to be exactly the same as they always were and can be improved upon as long as the fundamental elements of the craft remain unchanged.

4. Materials Must Be Those That Were Traditionally Used

As with number 3, “traditionally used” means materials that have been used for more than 100 years and are healthy for people and the environment. In the case of materials that are no longer readily available, substitution of a similar material is allowed as long as the essential characteristics of the craft remain unchanged.

5. Produced In a Specific Region

Crafts must be produced in a specific region by a significant number of businesses and be considered a local product of the region. A “significant” number here means at least 10 businesses or more than 30 people engaged in the production of the craft. The craft should be more than just another product produced by those businesses, and the region as a whole should feel connected to and responsible for the continued production of the craft.

What About Traditional Japanese Crafts That Aren’t Officially Recognized?

There are many traditional Japanese crafts that are not officially recognized. Most of these are not recognized due to a minor disqualifying factor. One such example is the Nishijima Washi (Japanese paper) that we previously introduced on our site, which is made to this day in Western Yamanashi Prefecture.

Many exceptional traditional crafts are still made to this day by exceptional artisans, even if not all are officially recognized. 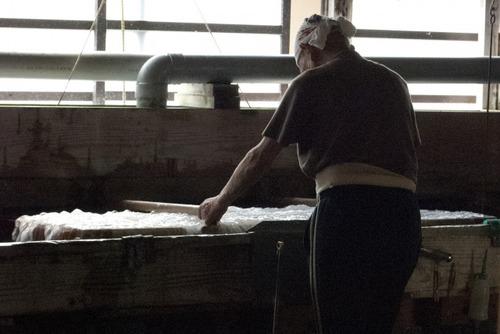 In Japan, there are several amazing crafts that were created using
techniques passed down through many generations. This article will int......

A Decrease in Demand Due to Changing Times

During the 50s and 60s, Japan experienced a period of rapid economic growth resulting in patterns of massive production and consumption, leading consumers to prefer cheap, disposable goods rather than expensive, traditional crafts. A shift to a more Western style of living also played a role in this shift.

However, in recent times, people across Japan are beginning to reject the mass-production, mass-consumption model and instead are returning to their roots, choosing environmentally-friendly products that can be used for many years and thus giving traditional crafts a rebound.

Not Enough Material and No One to Take Over

Traditionally, an artisan spends many years training under an apprentice system. However, since this style of training and work is so different than that of modern companies, the number of people choosing to go into these traditional lines of work is decreasing. Another likely reason for the decrease in interest in these fields is the difference in work benefits compared to modern companies. As was mentioned above, the rapid economic growth that Japan experienced led to the creation of a wide range of jobs, most of which come with unemployment insurance, guaranteed holidays, and other benefits not offered to traditional artisans. Today, this problem continues to persist and is a greater threat to smaller-scale traditional crafts.

Furthermore, the economic boom also caused primary industries such as farming to shrink in proportion to the economy, leading to shortages of materials essential to many traditional Japanese crafts such as lacquer, timber, and silk. This is yet another issue facing these traditional businesses.

The Difficulty of Gaining Official Designation as a “Traditional Craft"