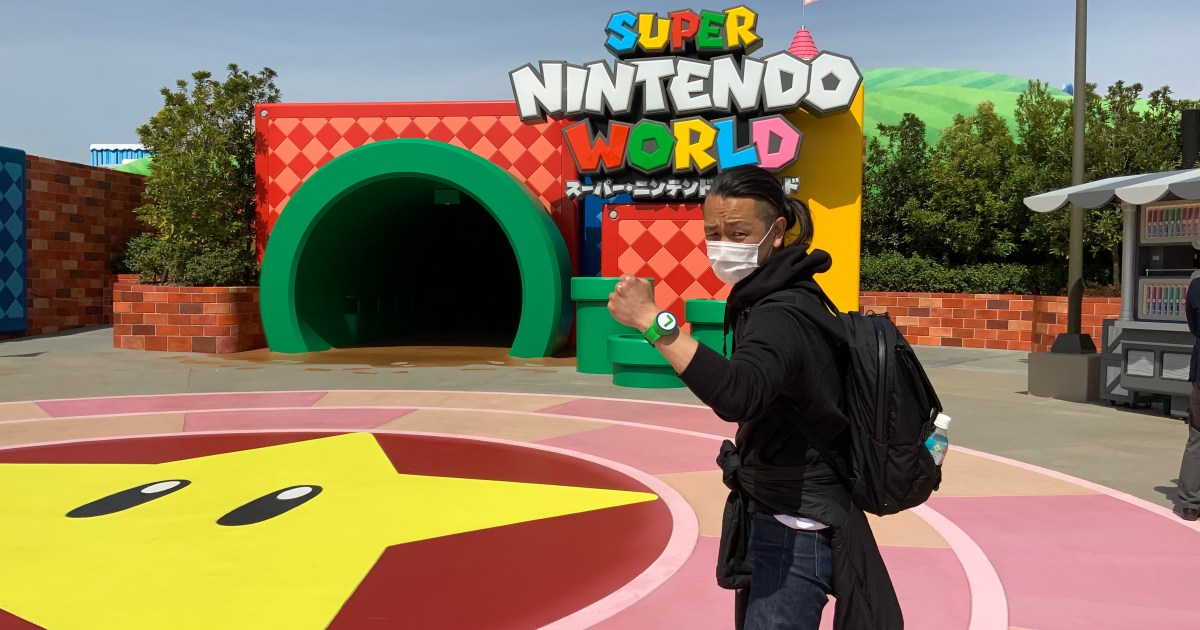 Blow your warp whistle and hop on this whirlwind tour of all that Universal Studios Japan’s newest section has to offer. It’s been a long hard road, but the highly anticipated Super Nintendo World section of Universal Studios Japan has been set to finally open on 18 March. This section promises a way to bring […] 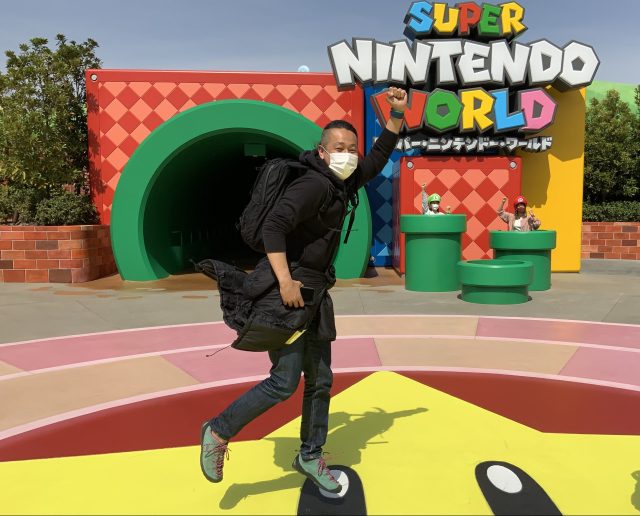 Blow your warp whistle and hop on this whirlwind tour of all that Universal Studios Japan’s newest section has to offer.   It’s been a long hard road, but the highly anticipated Super Nintendo World section of Universal Studios Japan has been set to finally open on 18 March. This section promises a way to bring all the fun of the Super Mario Bros. games into reality, and USJ has been kind enough to invite SoraNews24 for an intimate look at this colorful new world. This was to be a two-player tour with myself and our resident Pokémon expert P.K. Sanjun. 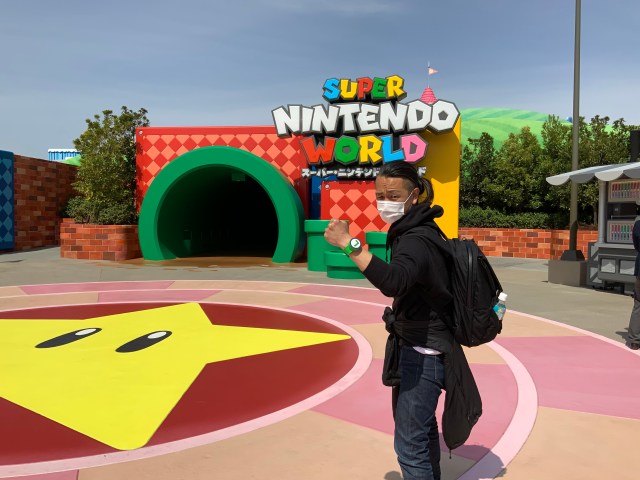 You might notice the band on the wrist of P.K. with a Luigi mark on it. These are the Power Up Bands that can be purchased at the entrance or inside the section for 3,200 yen (US$29). They come in styles based on all the major Mario protagonists, and while they aren’t necessary to enjoy the area, they do add a lot to the experience. 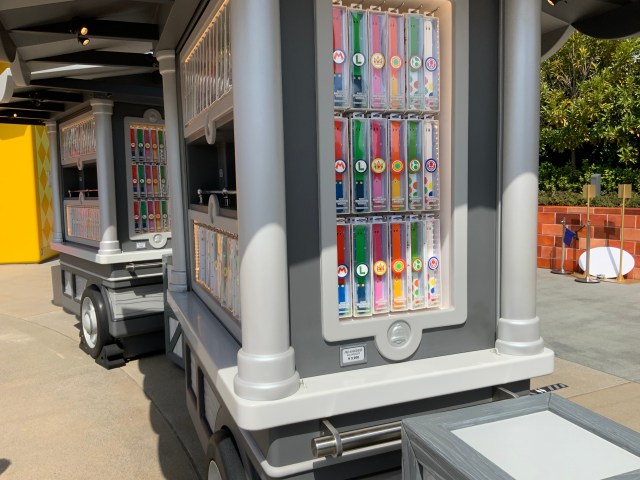 The bands sync up with your smartphone using the Universal Studios app so you can keep track of your progress in the sections. 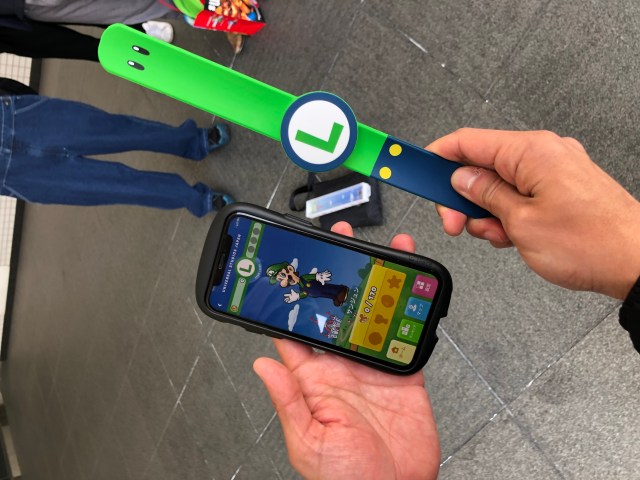 You can choose your avatar’s pose and enter your name, but we’ll explain more about what it does later. First, let’s step through the pipe and enter Super Nintendo World!

▼ And yes, the pipe does make the sound effect when you walk through

After getting dropped off in the lobby of Princess Peach’s castle, we emerge to get an eyeful of the entire world. 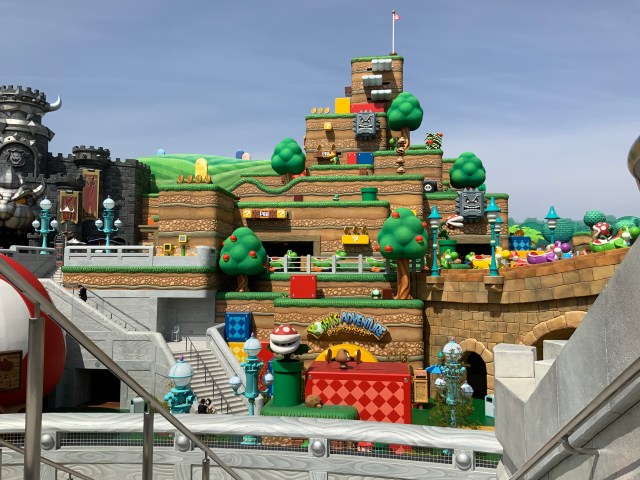 You’ll be pleased to hear that USJ really went all out in creating the Mario atmosphere. Blocks hover here and there and an assortment of goombas, koopas, and even Pokey the cactus thing from Super Mario World was there too. 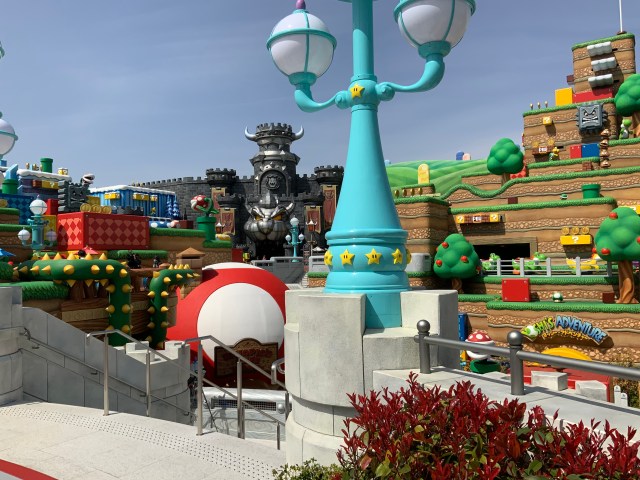 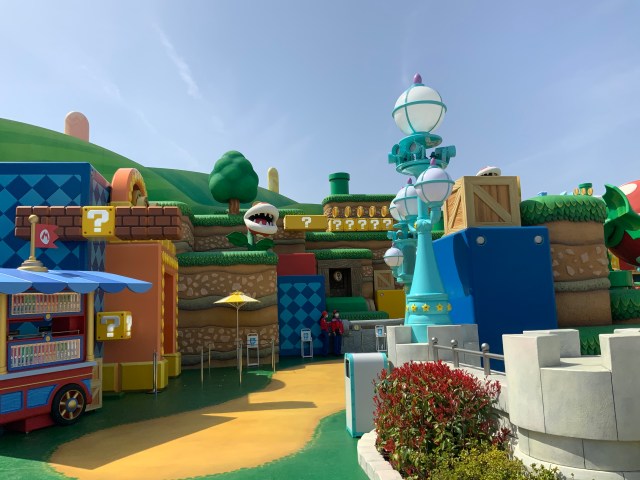 However, these pictures don’t really do justice to the fact that most things you see are moving. That’s when this amusement park fusion with a video game really dawned on me as something clever. Some attractions might have robot characters like a pirate unrealistically swinging his sword back and forth to infinity. But when it comes to Mario, moving back and forth is exactly what these creatures and objects are supposed to do, so it makes perfect sense!

▼ It was all enough to get P.K. into the gaming spirit. 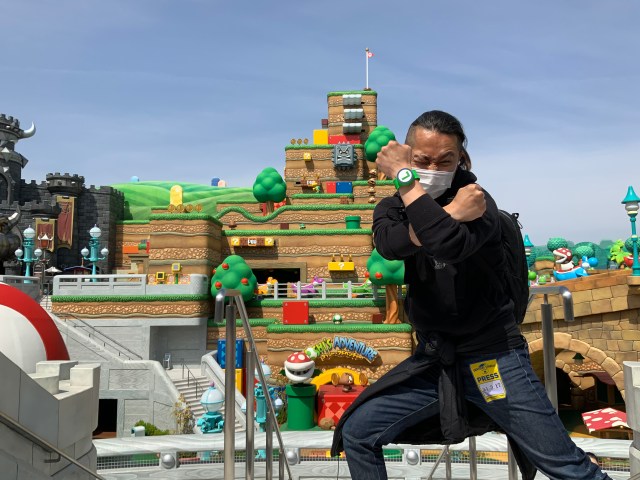 You probably noticed some question mark blocks and brick blocks in the photos above, and those all actually work! Those with a wrist band can try their luck and give one a good old-fashioned Mario jump punch in the hopes a coin sound will ring. However, if you don’t have a band, you’ll just get a disappointing buzzer sound.

It’s not just sound either, as each time a coin is popped it gets registered on your smartphone profile. Coins are just one of the things you can collect in various parts of this area. More important than that are they keys, which can be acquired by completing certain activities.

▼ USJ doesn’t want us to spoil all the fun of finding and solving these activities, so we’ll just show you a couple. 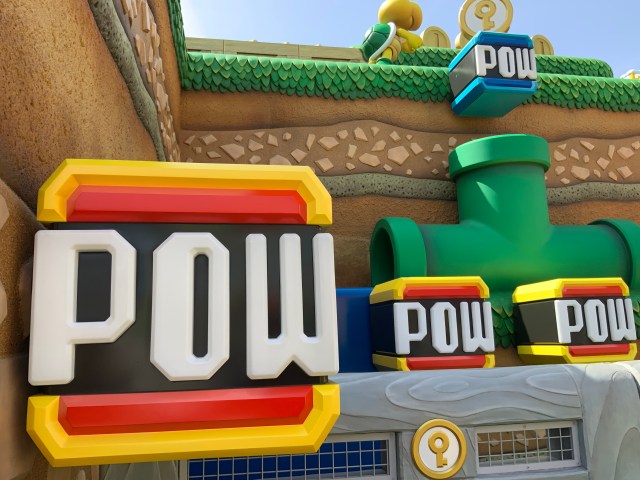 In this one, people with a Power Up Band can punch the POW block in the foreground which will create a chain reaction with the other two blocks. At the same time, a koopa shell is sliding back and forth through the green pipe. If you can time your chain reaction so that the final POW block sends the shell through the vertical pipe and into the blue POW block, the key is yours. 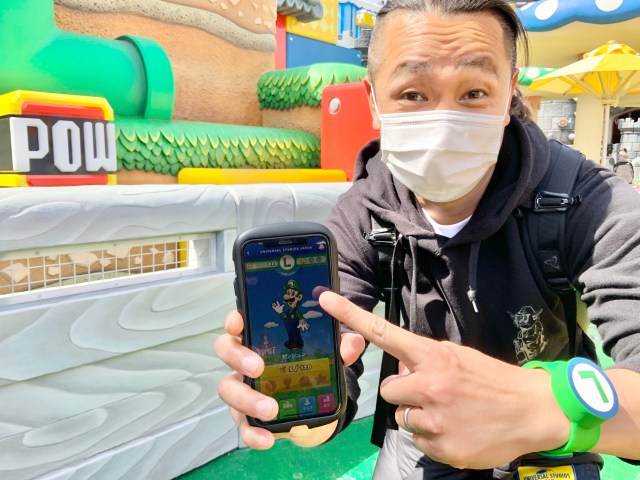 With that, P.K. got his first key, but two more would be needed to enter the castle of Bowser Jr. Another key was gotten by facing off against the giant piranha plant. Here, players must race around the many clocks and stop their alarms so that the plant goes to sleep.

The staff here don’t refer to these as games, but “activities” because rather than feed into the stereotype that video games are just people sitting on their butts, most of the attractions here involve a lot of moving around. However, video game elements are here too and Super Nintendo World makes frequent use of projection mapping, touch screens, and good old fashioned practical effects. The best example can be found in the underground level, where the design does an amazingly good job of simulating getting hit by a bob-omb and shrinking down to non-supersize.

▼ The entrance to the underground level–the wall at the far end is a touchscreen where you can pick up a fire flower from the block and shoot at some koopa paratroopas. 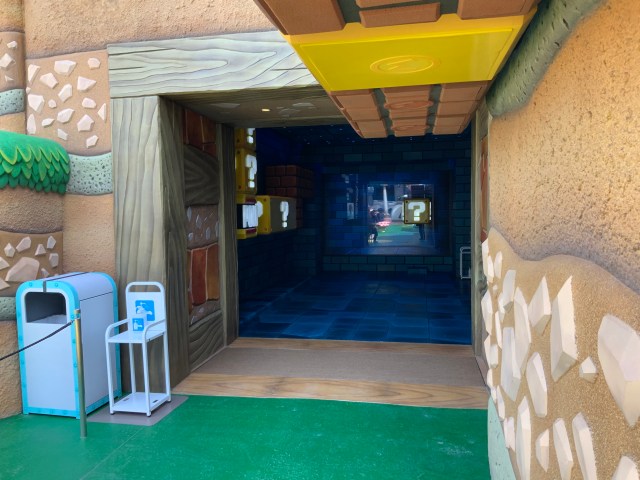 Once you get three keys, you can enter the castle of Bowser Jr. and go into battle with him. We weren’t allowed to film inside so as not to spoil the surprise, but you’ll have to take our word for it when we say that it’s a lot of fun. Basically, they scan you while you’re receiving instructions and then projection-map you onto a screen where you’re given all the powers and weaknesses of Mario: growing, jumping high, and throwing fire balls. 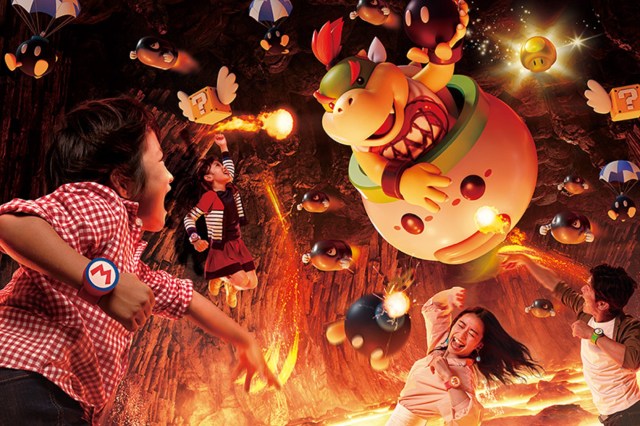 Next to Bowser Jr. is the lair of Bowser himself, but it’s not a conventional fight he’s looking for. He wants to face off on the Mario Kart circuit… 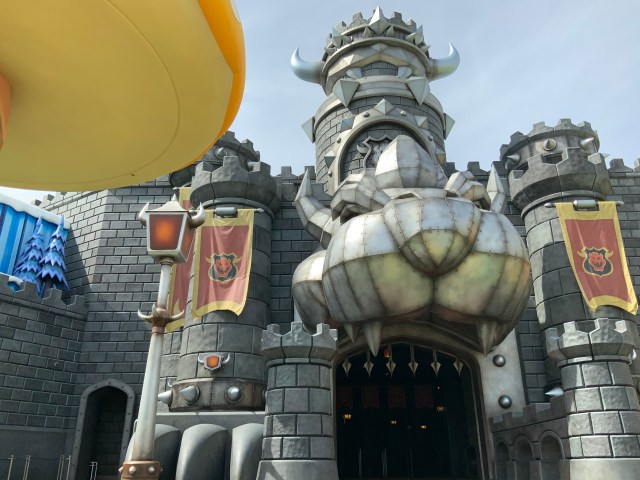 This is the most conventional USJ ride in the area and works similar to attractions like Spider-Man or Back to the Future, but it turns the concept into a full-on interactive experience. Riders don a kind of AR visor that works like a HUD and lets you see your rival racers and power-ups. Each rider also has their own steering wheel and while there are occasional times you’re asked to steer, its main function is as a trigger to shoot koopa shells. 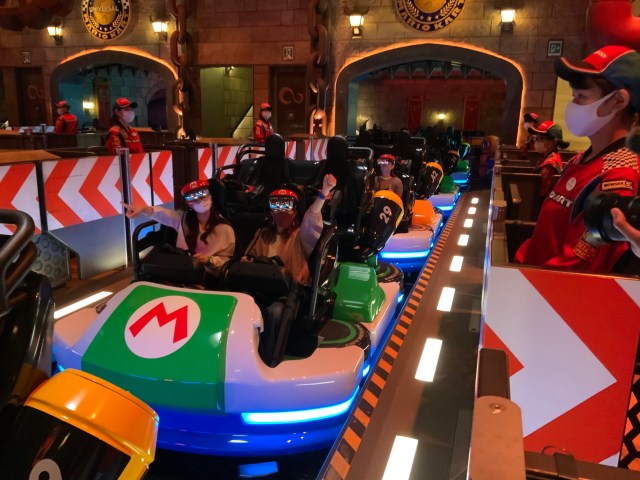 I was lucky enough to get the seat that shot blue shells but am sad to report that they don’t do anything special. They’re just blue… Anyway, at the end each rider is given a score based on how well they raced. I didn’t do so well, because the aiming was a little tricky to get used to. Since the trigger is on the steering wheel you don’t aim with your hands but with your face by pointing your visor directly at enemies. That’s important to know if you happen to be planning a Mario Kart race in the near future. 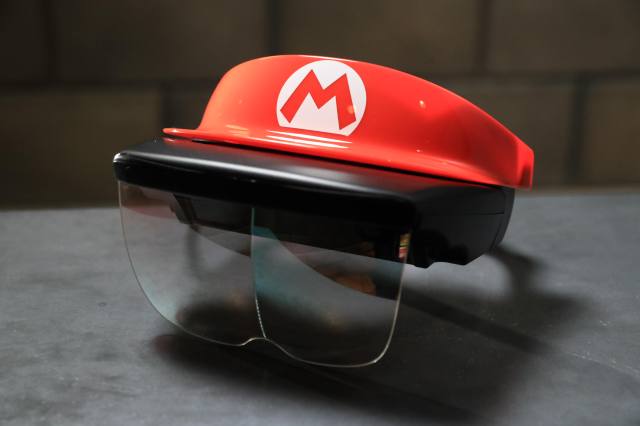 There’s still a lot more to discover, such as Yoshi’s Adventure and other activities, but a lot of the fun of Super Nintendo World is in the searching and exploring so some things are best left unsaid. We will however, give you the lowdown on the food and souvenirs that this new section has to offer in an upcoming article so hold on to your overalls!