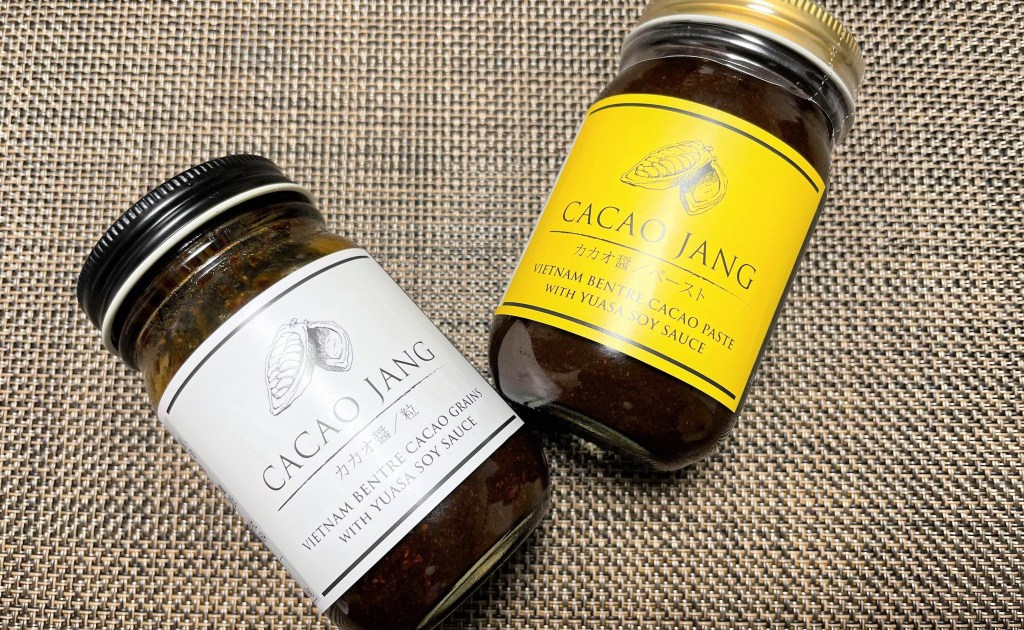 You might not like it right away, but you’ll definitely be hooked. We at SoraNews24 like to challenge ourselves. After all, that’s how you grow, right? Whether that means takoyaki-flavored toothpaste or mayonnaise ice cream, we eagerly take on the task of braving new worlds for the greater good. That’s what Japanese language reporter K. […] 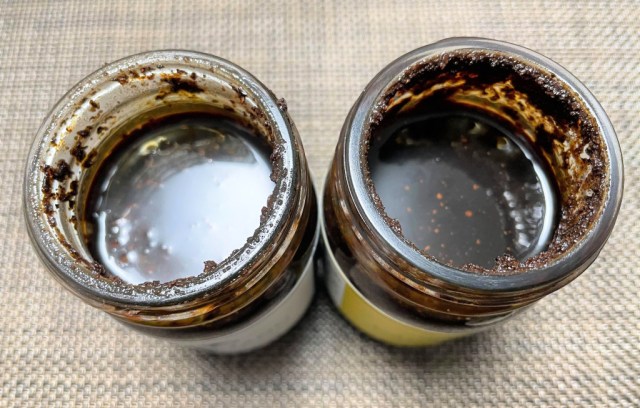 You might not like it right away, but you’ll definitely be hooked.   We at SoraNews24 like to challenge ourselves. After all, that’s how you grow, right? Whether that means takoyaki-flavored toothpaste or mayonnaise ice cream, we eagerly take on the task of braving new worlds for the greater good. That’s what Japanese language reporter K. Masami had in mind when she decided to try an original Cocoa Soy Sauce Paste, or Cacao Jang. This unique seasoning blends cocoa beans harvested in Vietnam with Yuasa soy sauce, a rich soy sauce from Yuasa town in Wakayama Prefecture. 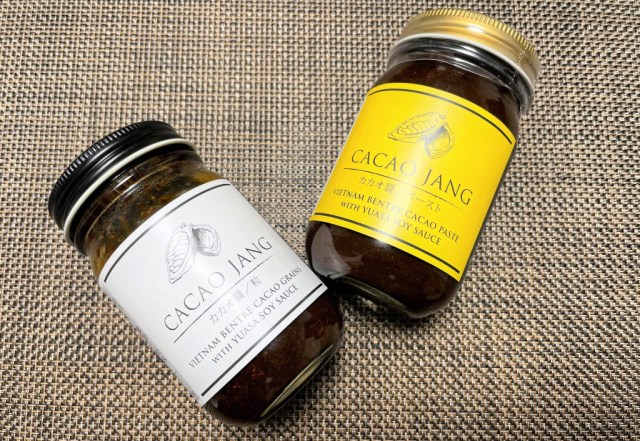 Cacao Jang comes in two forms: a grainy soy sauce spread and a soy sauce paste. They cost 1,620 yen (US$15.33) per 4.9-ounce jar, but when you consider that you’d be trying something truly one-of-a-kind, you could say they’re priceless. Some of the ingredients included besides the obvious soybeans and cocoa beans are flour, gourd, ginger, eggplant, and perilla leaves (or shiso). Would you expect all of that to blend well together? 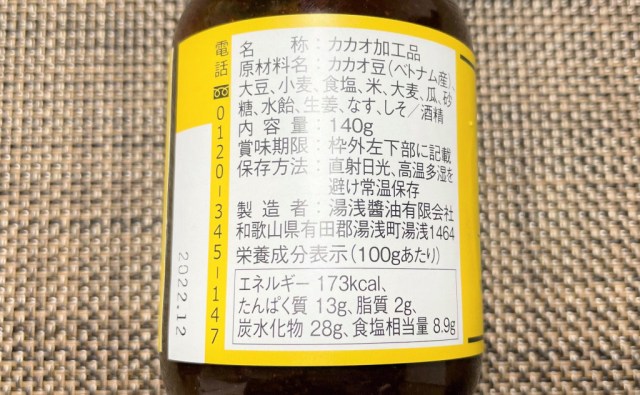 Anyway, onto the taste test. When K. Masami opened the jars, she was immediately hit with a waft of a distinct cocoa smell. It wasn’t until she tried a bit of the paste by itself that she could detect the actual soy sauce part. 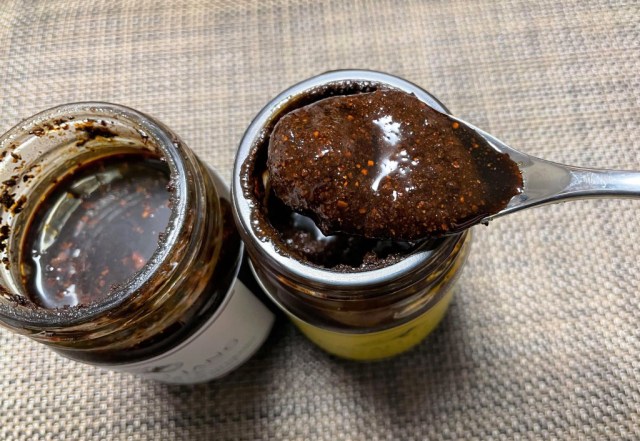 Once she tasted it, the soy sauce taste definitely came into play as the main flavor. It’s the aftertaste that has the cocoa flavor, and K. Masami found that it lingered for a long time. 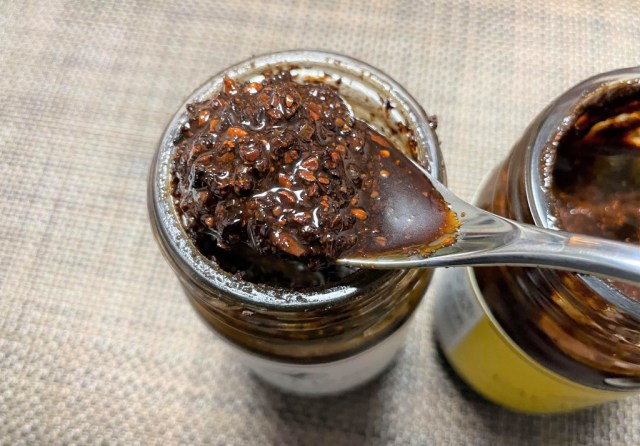 She thought it was toeing a very fine line between being good and not so good, but could say with confidence is that it was definitely a mysterious seasoning. For her taste test, K. Masami prepared some mild, refreshing ingredients to go with it: 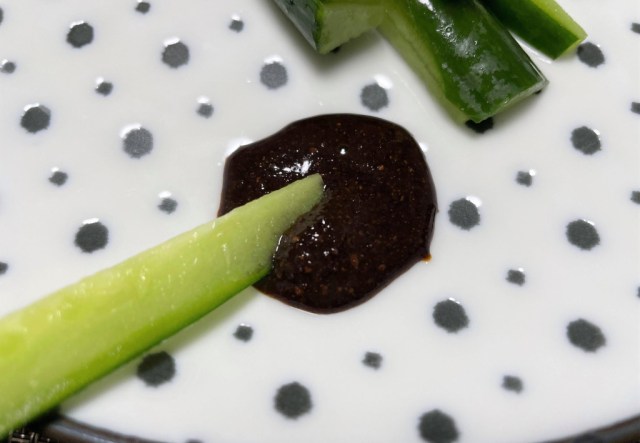 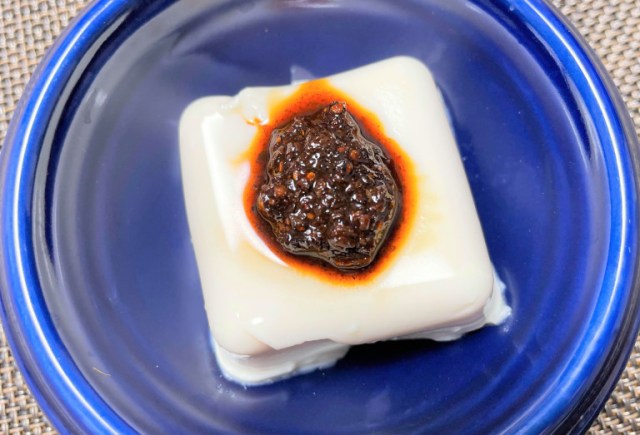 ▼ And a hard-boiled egg 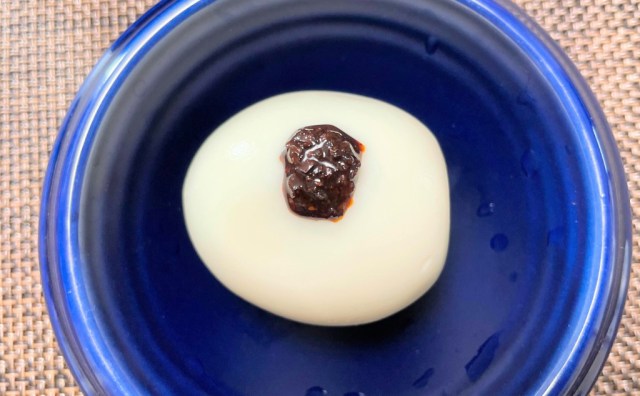 No matter which pairing she had, though, she thought they were interesting, and any of them could show up on the menu of some fancy restaurant. 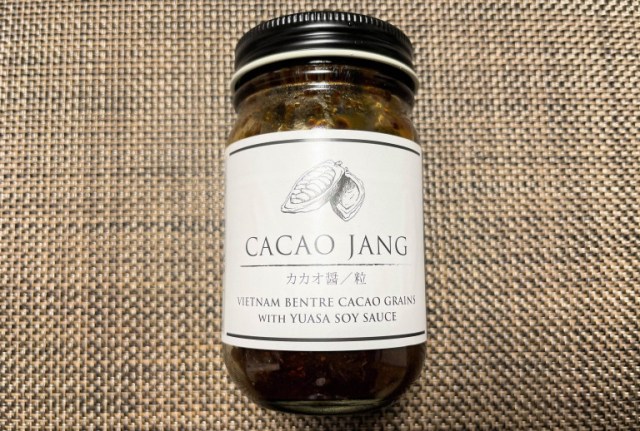 K. Masami’s experience with the Cacao Jang left her excited to try it with a whole slew of dishes, perhaps even including ramen and Japanese curry. Perhaps that means it really had more of an effect on her than she initially thought. If you’re buying this for someone else, she recommends it as a gift to someone who’s experienced with working with unique ingredients or someone that doesn’t have a sweet tooth. Maybe it’d even be tasty with pancakes! Related: Cacao Jang on Marushinhonke Photos: SoraNews24 ● Want to hear about SoraNews24’s latest articles as soon as they’re published? Follow us on Facebook and Twitter!