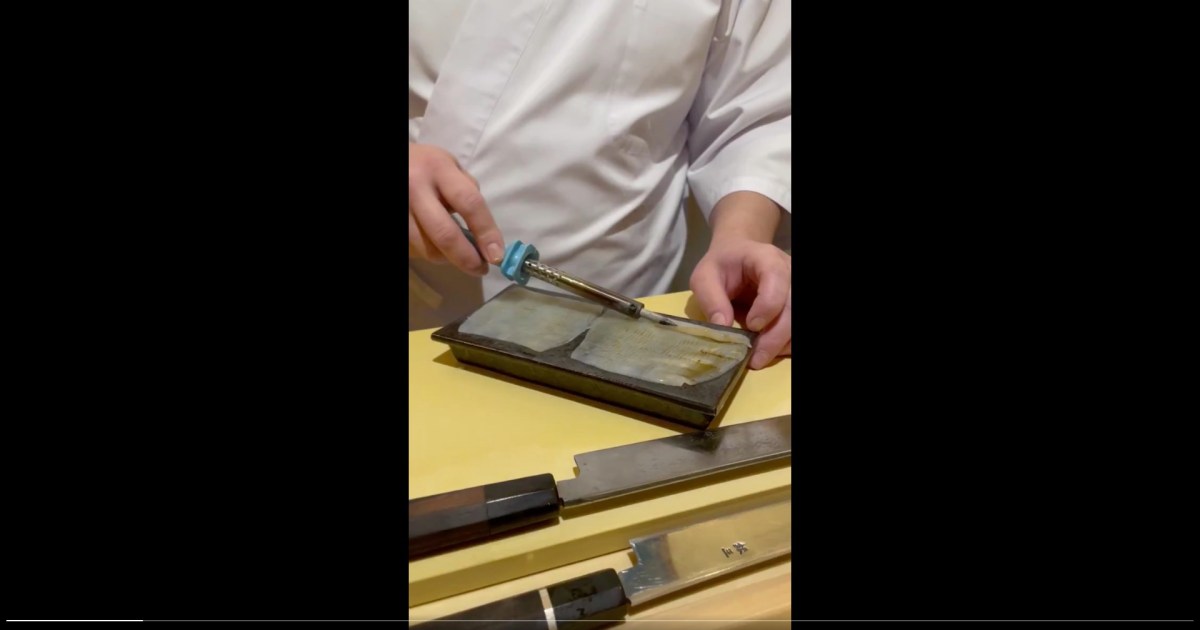 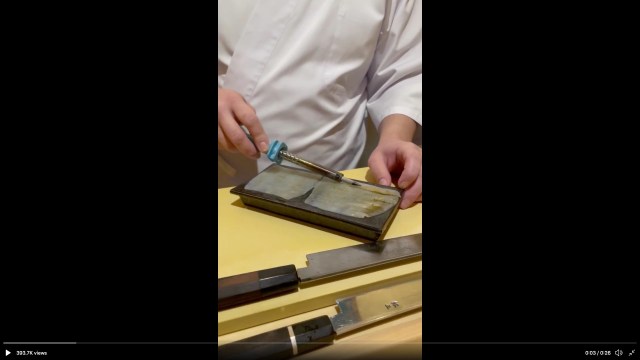 Unique serving style attracts attention online.    From sushi burritos to kebab sushi rolls, we’ve tried a lot of unusual sushi in Japan. However, there’s one sushi restaurant now tempting us with an extra-special way of serving sushi that’s surprising even Japanese diners, as it involves searing fresh squid with a soldering iron. Ryu Hamasaki, Editor-in-Chief of Japanese gourmet media “TERIYAKI“, captured this video of the unique serving method, which has become something of a signature at Ninokura, a newly opened sister store of popular sushi restaurant Sushi no Kura in Sapporo, Hokkaido. The video shows the chef gently and meticulously pressing the tip of the iron along the surface of the squid, which lightly sears the flesh, allowing diners to enjoy the different textures created.

It’s not every day you see a chef using a soldering iron at a sushi restaurant, and it’s not just for show either, as it provides greater control over temperature and direction than a grill or blowtorch.

The video of the unusual cooking method quickly went viral online, where some people commended the chef for the unusual idea and others questioned the safety of it, bringing up concerns that the tip of the soldering iron may have been made from lead. However, soldering iron manufacturer Taiyo Denki Sangyo confirmed that lead-free solders have been used for the past ten years, with the tips now made of metals like tin, silver, and copper. The restaurant itself posted this statement on their official Facebook account in response to health and safety concerns, saying experts had confirmed there was no problem with their hygiene management, and the tip of the iron had been switched from iron to stainless steel as an added precaution. According to local food sanitation laws, “Solders used to manufacture or repair parts of appliances or containers and packaging that come into contact with food must not contain more than 0.2 percent lead.” The head of the Central Health Centre in Sapporo told the media that the soldering iron was made from iron, not lead, and therefore there was no problem with it being used under the Food Sanitation Law. With Sushi no Kura and its sister restaurant given the all-clear to proceed with the unusual searing method, it looks like the soldering irons aren’t going anywhere for now. So next time you travel to Hokkaido, which recently ranked as the most desirable place in Japan to settle down in, you might want to put these sushi restaurants on your itinerary, along with a sushi stop at Seico Mart, a local convenience store chain well worth visiting! Sources: Twitter/@ryu_hamasaki, Facebook/Sushi no Kura, Yahoo! News Featured image: Twitter/@ryu_hamasaki ● Want to hear about SoraNews24’s latest articles as soon as they’re published? Follow us on Facebook and Twitter!