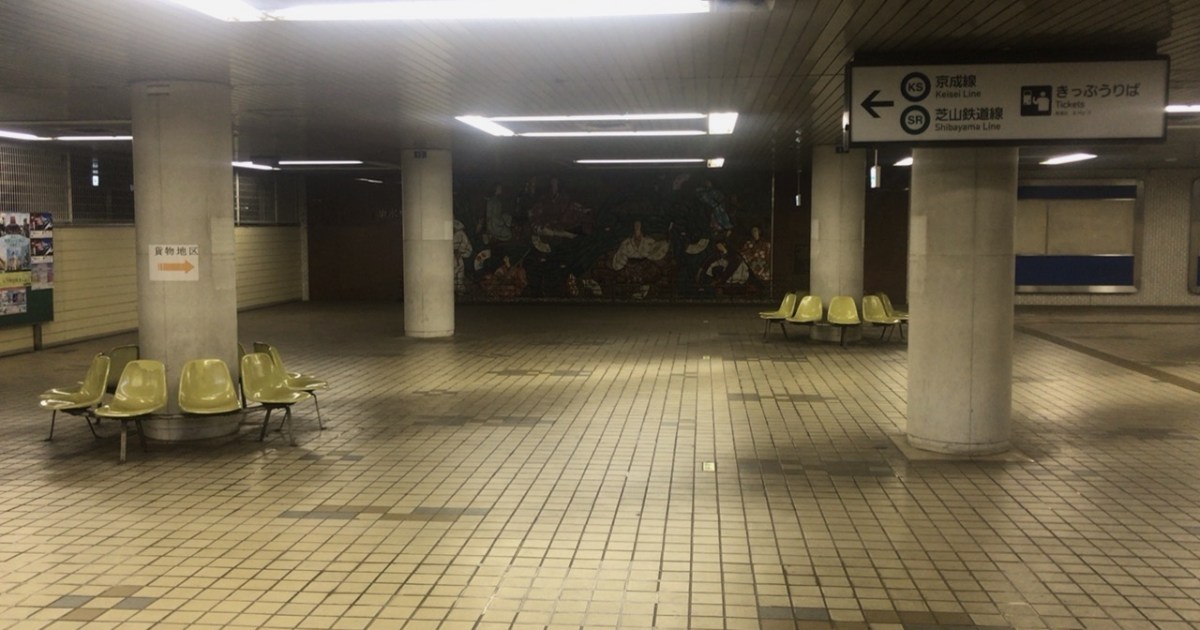 Japan’s shortest train line may also be its creepiest, looks like something out of a horror film

Need a place to shoot a budget apocalypse movie? Tokyo’s subway system is world famous — just a mention of the JR Yamanote Line is enough to make anyone who has visited Japan smile wistfully as the jingles play in their memories. But while the Yamanote Line may be one of Tokyo’s more popular lines, […] 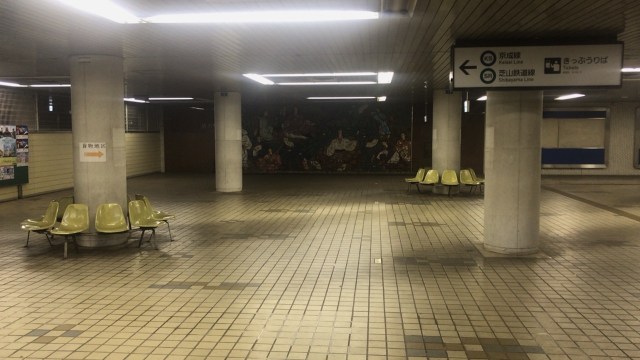 Need a place to shoot a budget apocalypse movie?   Tokyo’s subway system is world famous — just a mention of the JR Yamanote Line is enough to make anyone who has visited Japan smile wistfully as the jingles play in their memories. But while the Yamanote Line may be one of Tokyo’s more popular lines, we decided to check out a lesser known train line: the Shibayama Line. The Shibayama Line doesn’t boast any great attractions or particularly scenic views, but it’s interesting because it is the shortest train line in all of Japan, and may even be the shortest train line in the entire world. At just 2.2 kilometers (1.4 miles) long, the Shibayama Line consists of only two stations — Higashi-Narita and Shibayama-Chiyoda. 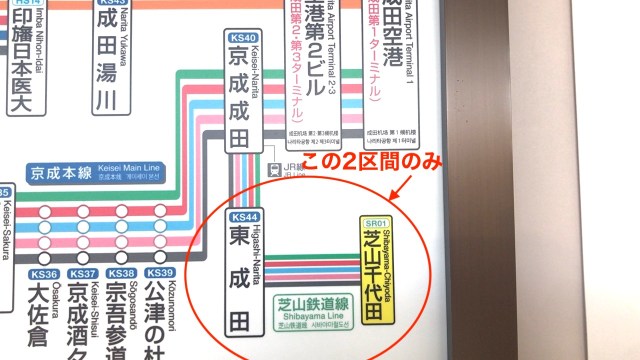 The line is connected to the Keisei Electric Railway, and the first station Higashi-Narita can be accessed by a five minute train ride from the Keisei-Narita station. So that’s what we did. And as we got off the train, we couldn’t help but be struck by the weird atmosphere in the station…

▼ It was completely empty. 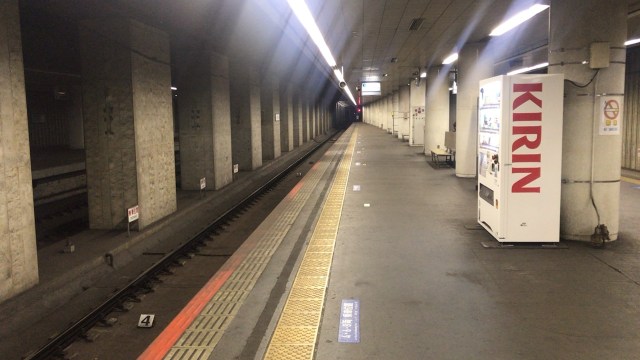 Despite the recent state of emergency in Tokyo, trains are still usually jam packed, but Higashi-Narita felt like no one had been here in years. It was a very strange atmosphere. 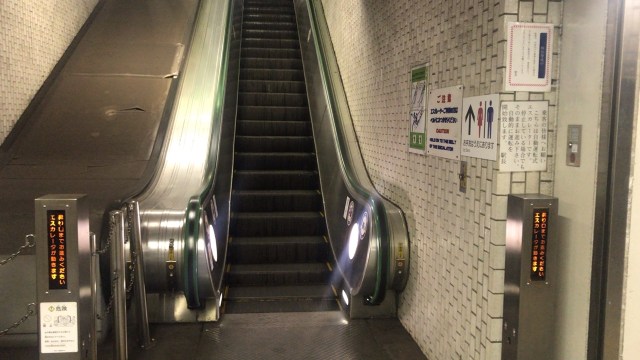 As we made our way up the escalator to the ticket gates, the unnerving atmosphere just got even more intense. 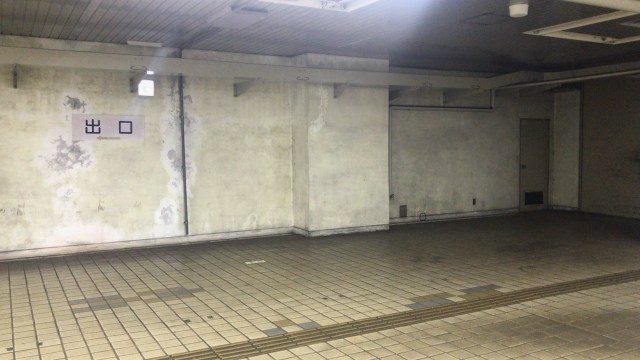 At this point we were starting to doubt that this was even a real train station, and thought maybe we’d accidentally walked into another dimension where it was the end of the world.

▼ If you feel like exploring this train station, be sure to bring a friend, not only to keep you company… 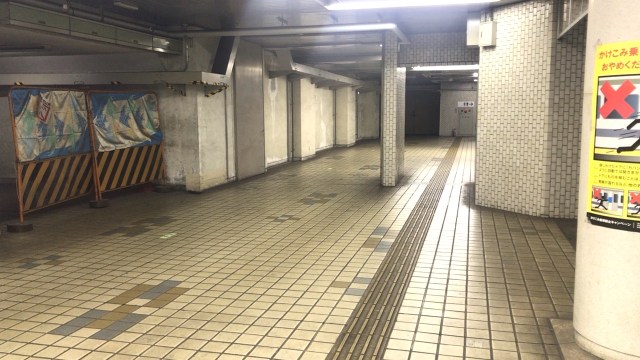 ▼ …but to use as a human meat shield when you’re suddenly swarmed from all directions by an army of zombies.

▼ Finally! We made it to the exit, free of any zombie bites but still suitably spooked. 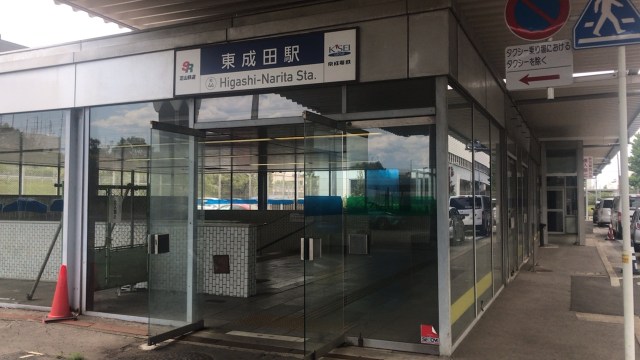 But while we had explored Higashi-Narita, our work wasn’t done. After all, we’d only visited half of the stops on the Shibayama Line. So plucking up all our courage, we made it back down to the platform to ride Japan’s shortest railway line to Shibayama-Chiyoda station. Gulp. 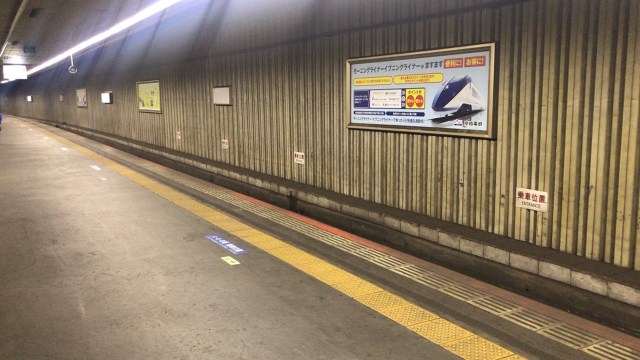 In comparison to the apocalyptic ruins that was Higashi-Narita station, the ride to Shibayama-Chiyoda was quite pleasant. In fact, the whole ride only took about two minutes. As the name suggests, Higashi-Narita station is close to Narita International Airport, and we got a nice glimpse of some planes on the way. 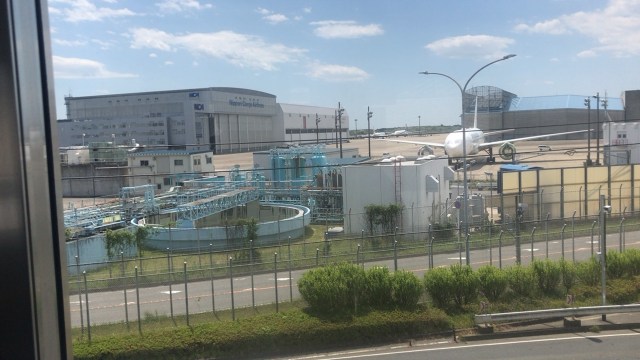 Finally we arrived at Shibayama-Chiyoda! Compared to the doom and gloom that was Higashi-Narita, Shibyama-Chiyoda was pretty much a run of the mill normal station. The platforms were above ground, and there was a more pleasant atmosphere. 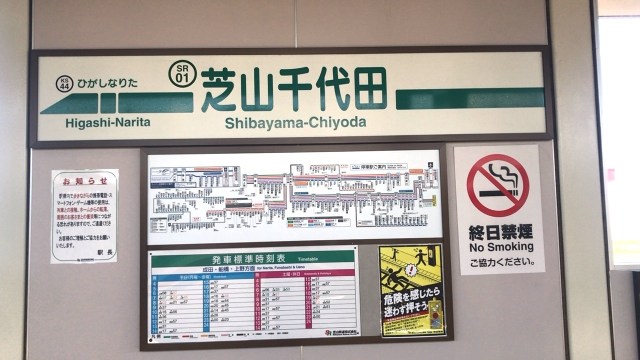 Despite being relatively close to Narita Airport, Shibayama-Chiyoda had a pretty rural vibe. There were no convenience stores or shops around the station, and the bus schedule showed only two buses leaving from the station daily. 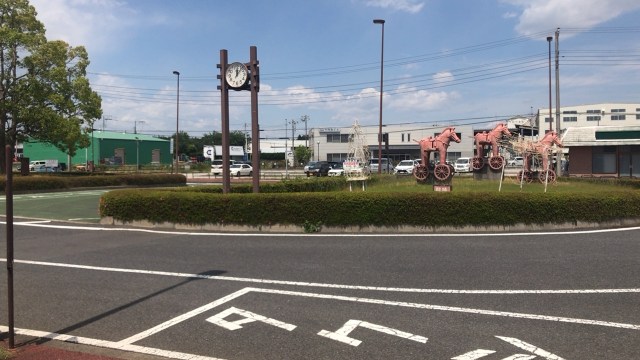 So we decided to call it a day and go back home, but as we re-entered the station, we came across something we’d never seen before…

▼ The ticket machine offered only one choice of ticket! 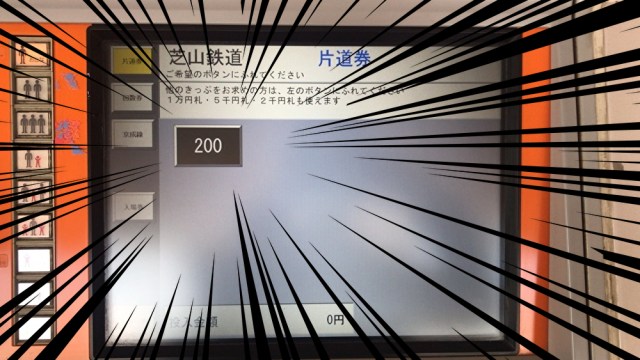 Usually the screen is filled with different prices for different destinations, but Shibayama-Chiyoda station only offered one choice: a ticket back to Higashi-Narita. You may be wondering, “What’s the point of this line, with only two station stops on it?” It seems the line was created as a result of the people of Shibayama City requesting it, and is primarily used by Narita Airport workers and train fans. While now it seems more convenient to access Narita Airport via Keisei-Narita station, until around 30 years ago Higashi-Narita actually functioned as the main airport train station, and it was even called “Narita Airport Station.”

▼ Imagine getting off the airplane at Narita, ready to start your adventure in Japan, and being met with this.

Even today, an underground tunnel directly links Higashi-Narita station to Narita Airport, so we decided to check it out. 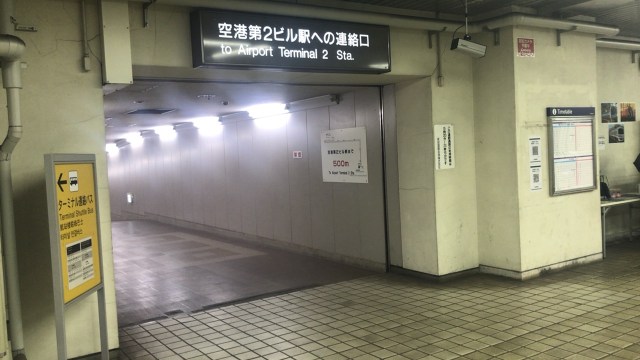 Walk just 500 meters (0.3 miles) through this underpass and you should reach the airport, despite the fact that there are still no signs of life at all.

▼ But then, we saw it. The light at the end of the tunnel. 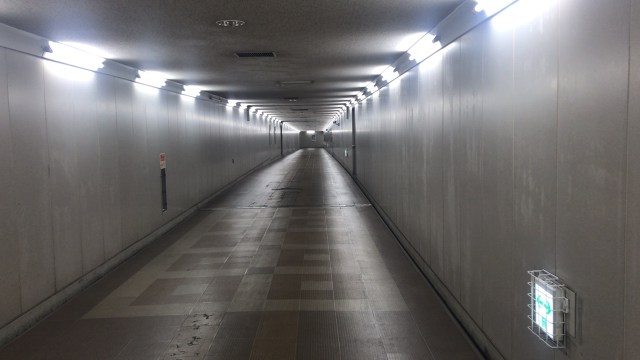 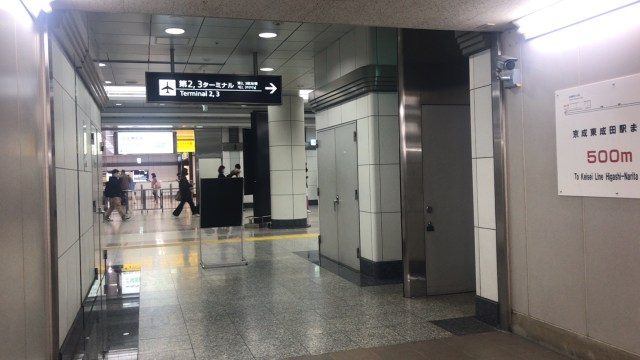 We’d made it to Narita Airport and instantly felt like we’d been transported to a different world. There were people here! There was life here! There weren’t any zombies lurking around the corner (probably). So if you’re looking for a mini-adventure and have some time to kill before your flight, why not take a ride on the Shibayama line?

▼ Coincidentally, the line is celebrating its 40th anniversary this year, and are selling commemorative tickets. 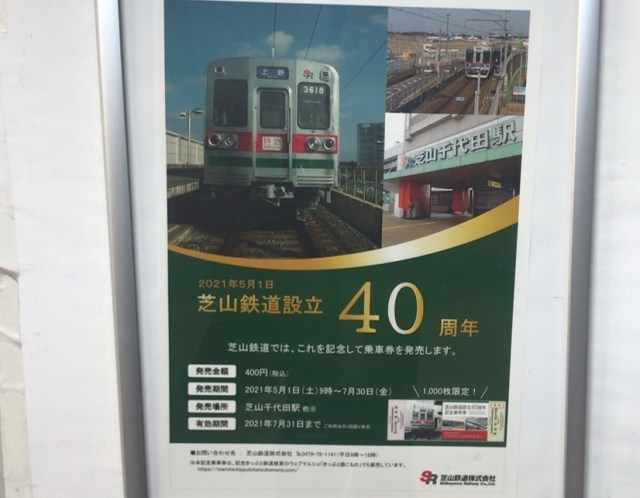 Whether you’re keen to see another side to Tokyo’s subway, or just want the prime spot to shoot your post-apocalyptic film dressing up as extras from First of the North Star, we definitely recommend it! Images: SoraNews24 ● Want to hear about SoraNews24’s latest articles as soon as they’re published? Follow us on Facebook and Twitter!