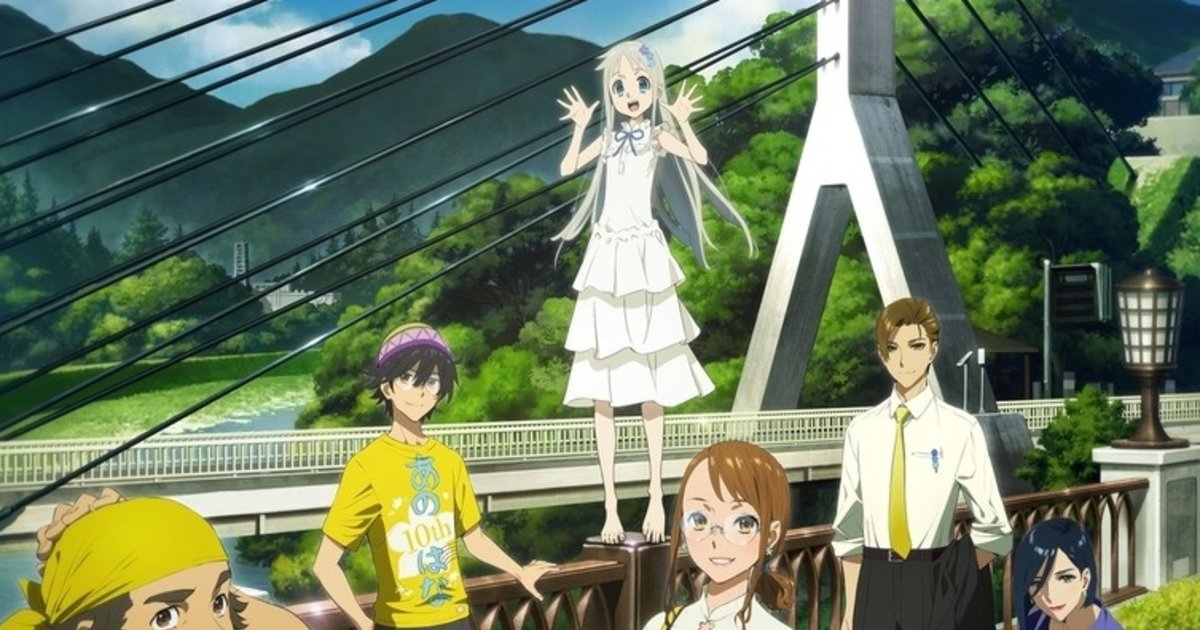 The special will star the voice actresses behind Menma, Anaru and Tsuruko. | Anohana Gets 10th Anniversary TV Special!

Popular anime Anohana: The Flower We Saw That Day will air a TV special on June 27 to commemorate its 10th anniversary! The TV special will follow Menma's voice actress, Ai Kayano, as she visits the city of Chichibu in Saitama Prefecture, where the series was set. She will also reunite with fellow cast members Haruka Tomatsu and Saori Hayami, who played Anaru and Tsuruko respectively. Aired in 2011, Anohana is an original anime project revolving around a group of childhood friends who reflect on the death of one of their members in the summer of five years ago. The Anohana: The Flower We Saw That Day 10th anniversary TV special will air in Japan on June 27. ©ANOHANA PROJECT Adapted with permission from Anime!Anime!