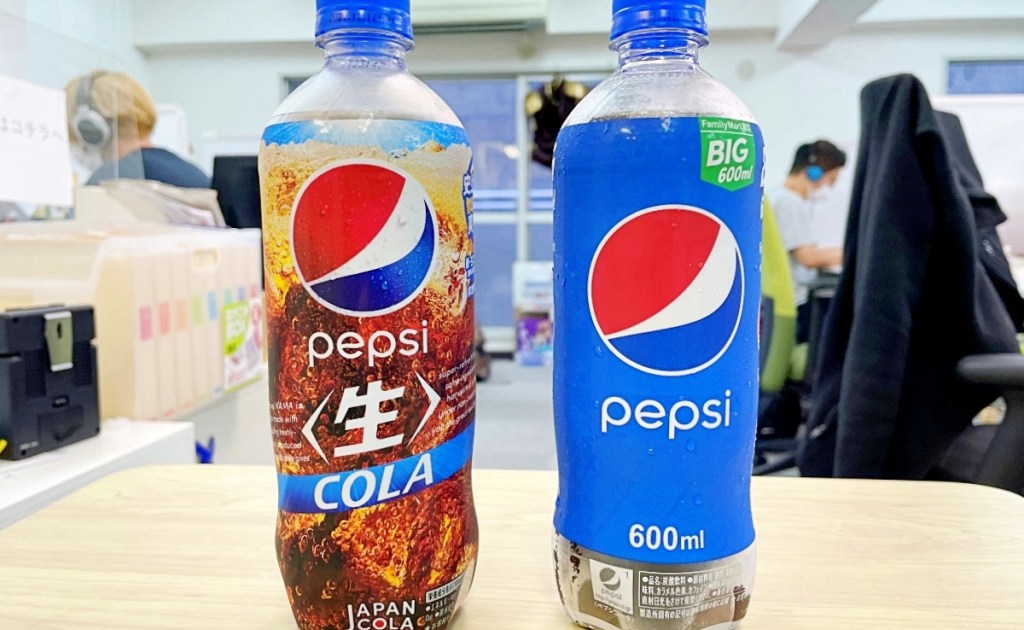 “Raw Pepsi,” the most refreshing flavor ever, is out in Japan, but how does it taste?【Taste test】

The Japan-exclusive Pepsi Nama sets itself part from normal Pepsi in a big way. Last month, Pepsi Japan caught our attention with the announcement that it had developed a brand-new Japan-exclusive flavor, which it promises is the brand’s most brisk and refreshing variety yet. Then they piqued our interest even further by giving it the […] 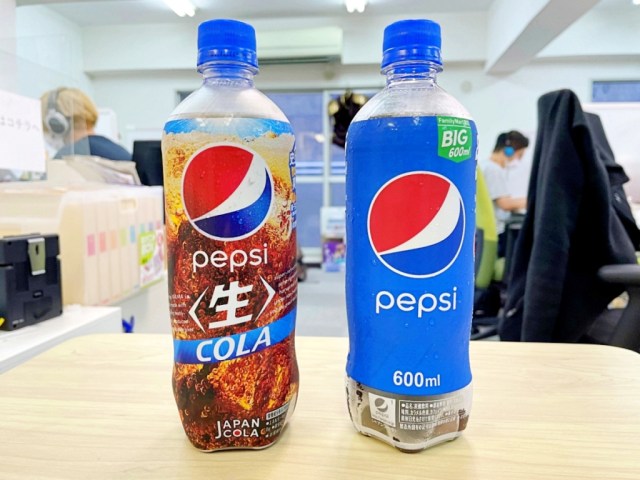 The Japan-exclusive Pepsi Nama sets itself part from normal Pepsi in a big way.   Last month, Pepsi Japan caught our attention with the announcement that it had developed a brand-new Japan-exclusive flavor, which it promises is the brand’s most brisk and refreshing variety yet. Then they piqued our interest even further by giving it the name Pepsi Nama. The Japanese word nama means “raw,” and in this case refers to how Pepsi Nama is made with a special blend of spices that go through no heat processing during production, ostensibly keeping their flavors fresh and natural. Pepsi Nama hit stores on June 22, and as soon as it did we snagged a bottle to try for ourselves.

▼ “The highest level of refreshment in Pepsi history!” 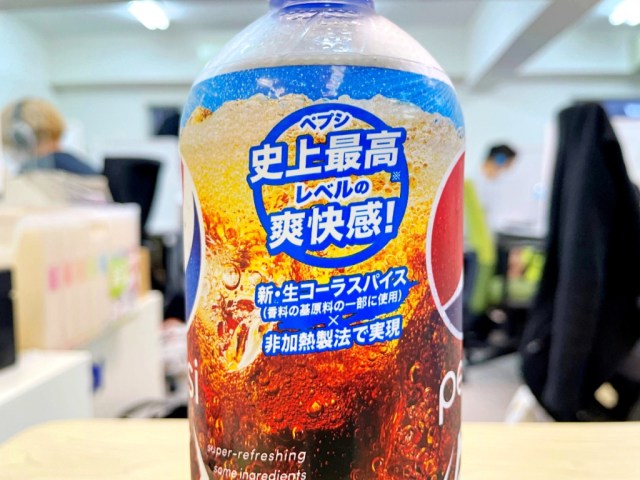 We also picked up a bottle of regular Pepsi, so that we could do a side-by-side comparison and back-to-back tasting. 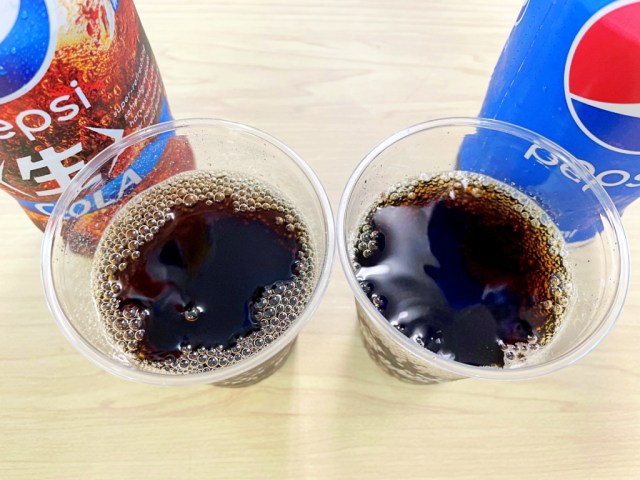 Pouring out a cup of each, we didn’t notice any difference in color or carbonation level. Like cola sommeliers we also lifted each cup to check their aromas, but found no noticeable deviation in their respective bouquets. 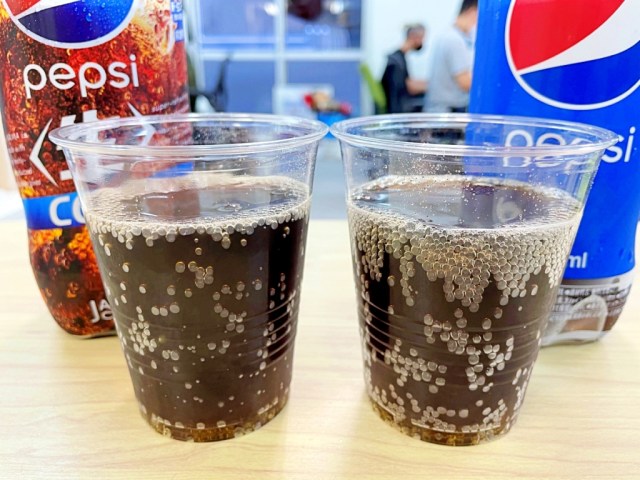 Since we didn’t have enough cola to go around for everyone in the office, the taste-testing honors went to our Japanese-language reporters Ahiru Neko and Go Hatori, the two biggest cola fans at SoraNews24 HQ that day. 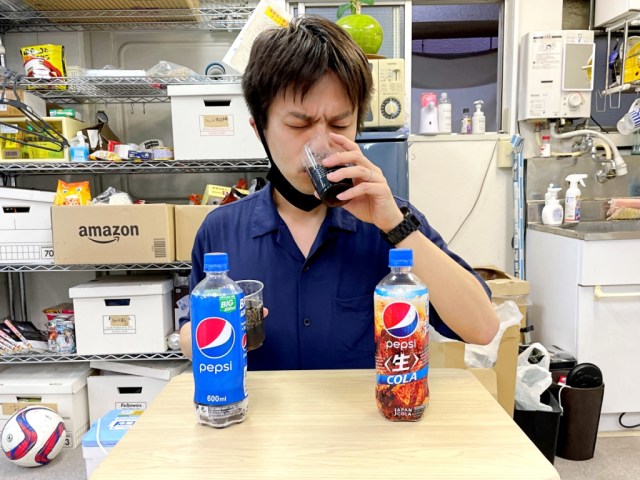 First up was Ahiru Neko, who quickly declared “These are totally different form each other. Yeah, their base flavor is similar, but there’s something decisively different.” Next it was Go’s turn to take some sips of both Pepsi Nama and normal Pepsi… 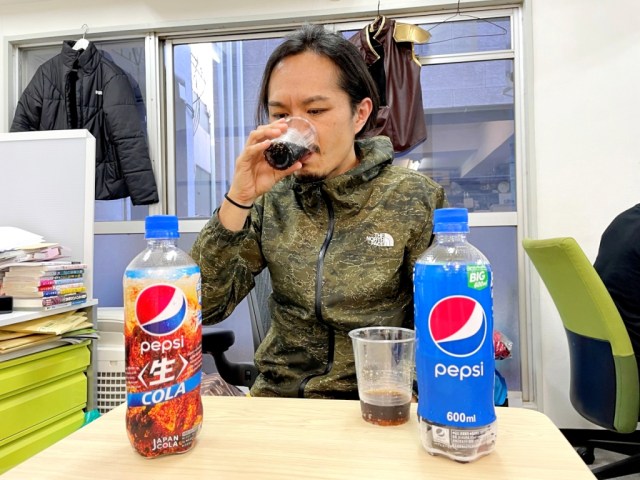 …and he too was blown away. “Incredible! They’re completely different!” he gushed. So what is that difference? We’ll let them explain. Go: It’s their aftertastes that set them apart, especially the difference in sweetness. After drinking Pepsi Nama, going back to drinking regular Pepsi is like drinking sugar water, or some kind of cola-flavored candy. Ahiru Neko: Yeah, Pepsi Nama doesn’t have that syrupy sweet finish that regular Pepsi has. Go: With regular Pepsi, it’s sort of a moronic sweetness. 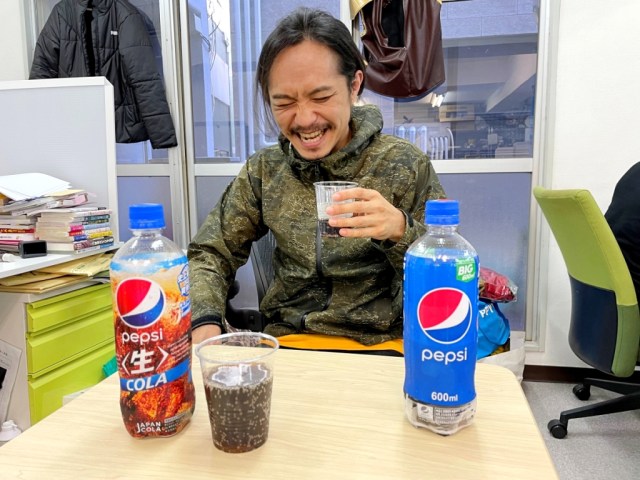 Ahiru Neko: That’s a harsh way of putting it, but I get what you’re saying. Regular Pepsi is like “Whooooa, what up? Check out muh sweet factor over here! Sweet factoooor!” Go: I don’t hate it for that, but it’s kind of dumb all the same. But Pepsi Nama has a more elegant sweetness to it. It’s like, “I’d like to inform you that I am sweet.” It feels like a cola that was raised to have good manners…Given a choice between the two, I’d pick Pepsi Nama over regular Pepsi, hands-down. It’s really a step above, and now I don’t think I can go back to regular Pepsi. 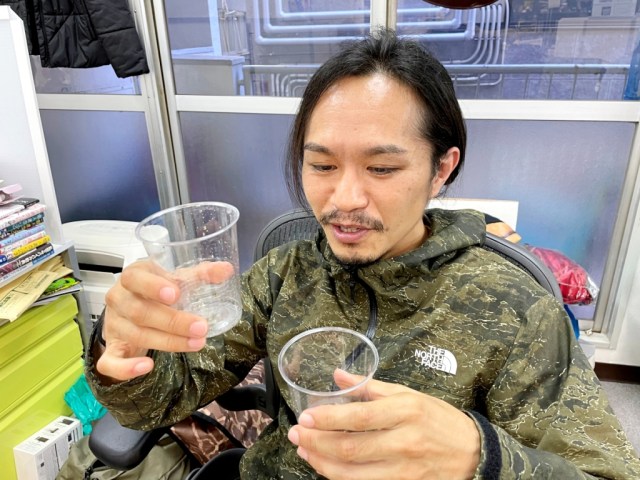 Surprisingly, neither of our taste-testers specifically said they found Pepsi Nama to be “more refreshing” than the regular version. If you’re of the opinion that a crisp, clean finish to the flavor profile is a key criterion of a refreshing beverage, though, then Pepsi Nama will likely fulfill its makers’ “most refreshing Pepsi ever” promise in your eyes/mouth. Pepsi Nama, as well as its zero-calorie Pepsi Nama Zero variant, are on sale now, priced at 140 yen (US$1.35 for a 600-mililiter (20.3-ounce) bottle, and will hopefully help fill the recently made 7-Up-shaped hole in the heart of soda fans in Japan. Photos ©SoraNews24 ● Want to hear about SoraNews24’s latest articles as soon as they’re published? Follow us on Facebook and Twitter!