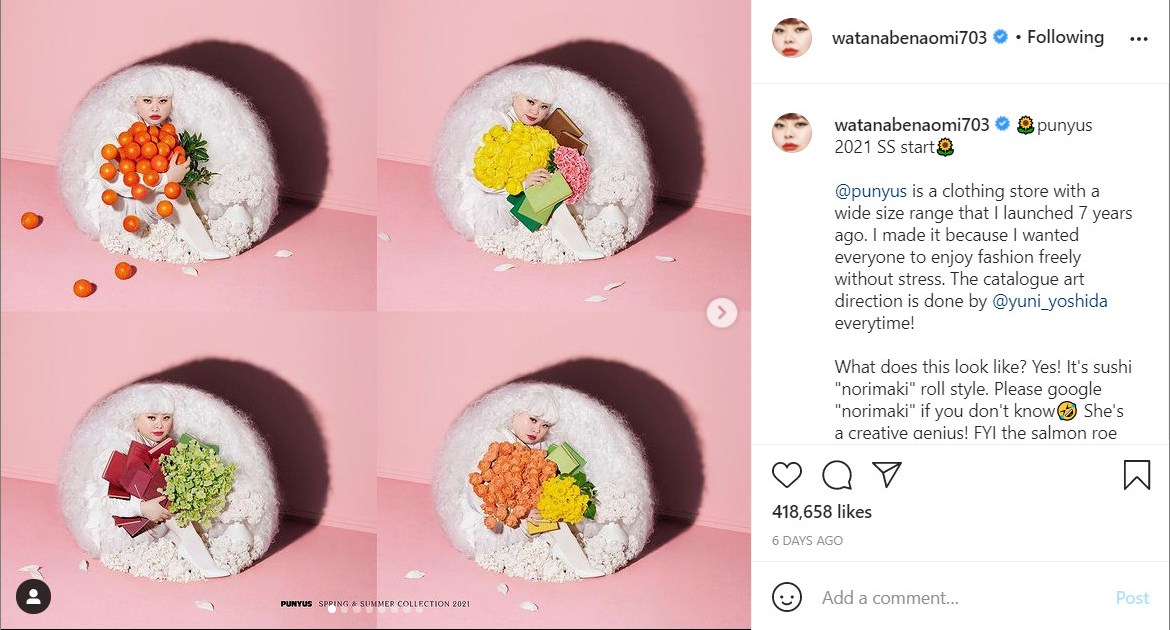 These clever photos are part of the the catalogue art for her newest Spring & Summer fashion line. Japanese celebrity Naomi Watanabe is a busy woman of many talents. Not only is she a hilarious comedian, an actress and voice actress, a talented performer and dancer, a fashion model, and a fashion designer, but she […] 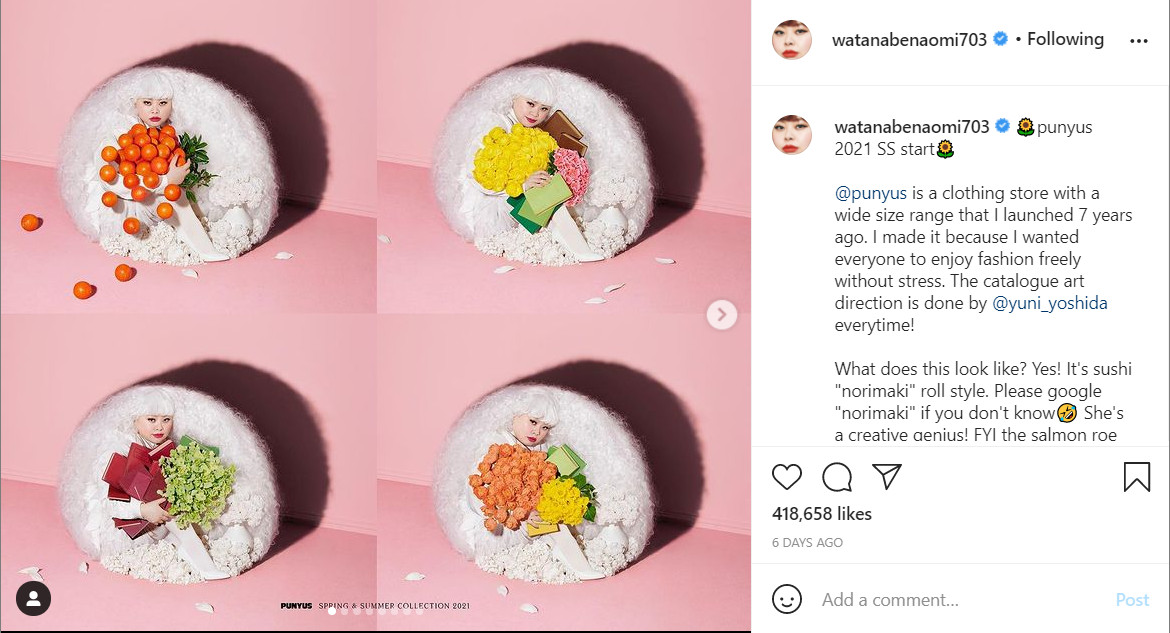 These clever photos are part of the the catalogue art for her newest Spring & Summer fashion line.   Japanese celebrity Naomi Watanabe is a busy woman of many talents. Not only is she a hilarious comedian, an actress and voice actress, a talented performer and dancer, a fashion model, and a fashion designer, but she also makes time to interact with her fans in a down-to-earth way, as revealed by her personal YouTube channel. Naomi just moved her base of operations to New York, where she has signed with ICM and IMG, but she’s been active in lots of ways in both Japan and the U.S. Most recently it seems she has been working on the Spring & Summer Collection of her Japanese fashion line Punyus, because she just released some amazing concept photos to her Instagram that we can’t get enough of!

▼ Scroll through for different photos!

The photos use light, colors, angles, and shapes to make Naomi look like she’s been turned into norimaki sushi, which are sushi rolls wrapped in seaweed. Naomi wears all white in front of a big, white, fluffy ball, holding different colored objects to symbolize the fillings of the norimaki. Shadows and light are used to make the ball look cylindrical, like it’s wrapped seaweed. Quite frankly, they all look pretty tasty! Oranges are used to represent salmon roe (ikura), while red books are used to look like tuna. Naomi herself, of course, also looks amazing in each photo. At the end of the photo collection, she also models some of the individual items from the new Punyus collection. You can also check out Punyus’ Instagram for more of her fantastic modeling of her line!

Japanese fans as well as English-speaking fans were in love with the photoshoot, which was directed by art director Yuni Yoshida. Japanese fans were especially proud of how she represented not only her fashion brand but Japanese culture.

“The best!!” “Will you be on convenience store shelves soon?” “Your makizushi is so cute! Everything you do is so stylish!” “So cute!! I want to look at it forever!” “I thought it was an ad for kimbap!” “It was genius to use green books to represent cucumbers.” “What an original idea!”

As of the end of March, Naomi has finished off her regular appearances on Japanese television shows, and in the last few weeks has moved to New York, where, she says, “I’m going to do my best with my new life here.”

But although it seems her new life is going to lead her to even more success, she still remains humble. For example, she recently posted on Instagram a picture of shoe deodorizer, which she thought was a fridge deodorizer, saying, “I wanted to show you my glamorous life in New York but this is the reality. Or maybe it’s just me.”