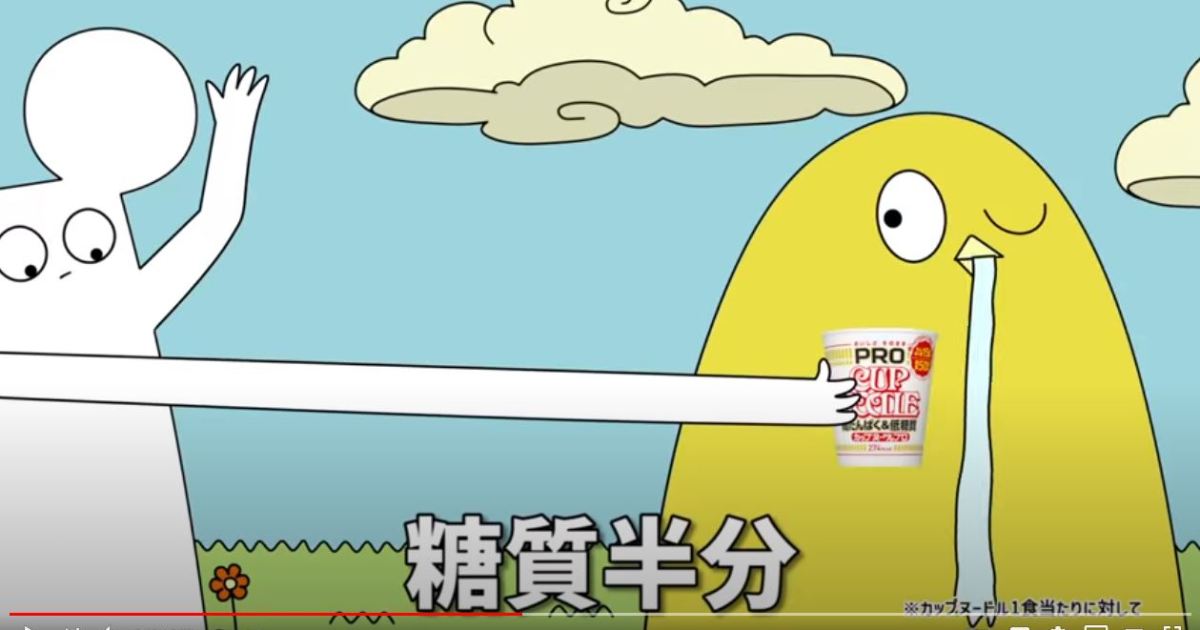 This commercial is about as addictive as Cup Noodle itself. Instant ramen brand Cup Noodle and its maker Nissin are always pushing the envelope when it comes to both innovation and advertising. Whenever you see YouTube compilations of memorable Japanese commercials, you can usually count on about a third of them being from Nissin alone. […] 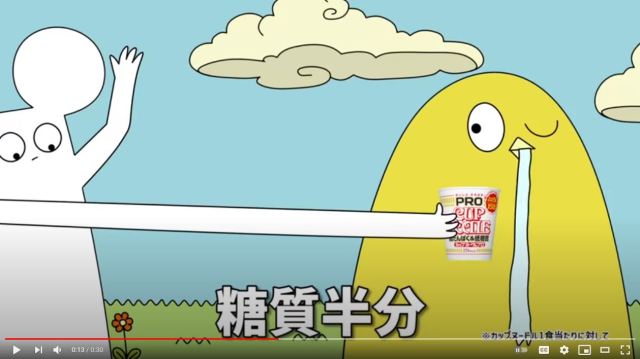 This commercial is about as addictive as Cup Noodle itself.   Instant ramen brand Cup Noodle and its maker Nissin are always pushing the envelope when it comes to both innovation and advertising. Whenever you see YouTube compilations of memorable Japanese commercials, you can usually count on about a third of them being from Nissin alone.

▼ For example, here’s a spot for a cheesy variant of Cup Noodle in which various people made of cheese grind their own heads for your enjoyment

But this time, they seem to have struck just the right vein of both weirdness and quality in their latest commercial for their new Cup Noodle Pro line of protein-rich instant ramen. It’s pretty much in line with Nissin’s flare for the unusual, but the following ad also has an interesting origin story behind it.  It all started in July of last year. As Japan, like much of the world, was struggling with the coronavirus pandemic, a charming song came along that made people forget their troubles by the thousands. That song was “Kao-don” (“Face Smash”) by singer-songwriter Chiaki Mayumura, and is an incredibly catchy tune based on an unpleasant dating experience an acquaintance of Mayumura once had with “the most horrible man who thought he wasn’t.” But what really helped send this song into the stratosphere was the collaboration with YouTuber Hajimemashite Matsuo Desu. His channel had already gained a massive following, largely thanks to his many animated shorts featuring a fast-talking mouse and chicken, along with with occasional appearances of squid as well as himself in both animated and live action form. The result is an oddly hypnotic music video that is quickly approaching two million views, about 50 of which were by me in the past few hours. In the opening to the video, the mouse is eating a cup of instant ramen really fast, causing his mouth to overheat. He then asks the chicken to rectify the situation by blowing into his mouth before they both break into song and Mayumura makes a cameo appearance as a garden eel with a Mickey Mouse cap. It was that brief but noodle-centric opening that caught the attention of Nissin, who approached Matsuo and Mayumura to develop a commercial using the song for Cup Noodle Pro. With new animations and lyrics reworked from dumping a crummy boyfriend to touting the reduced carbs of Cup Noodle Pro, it’s a new take on an old favorite. 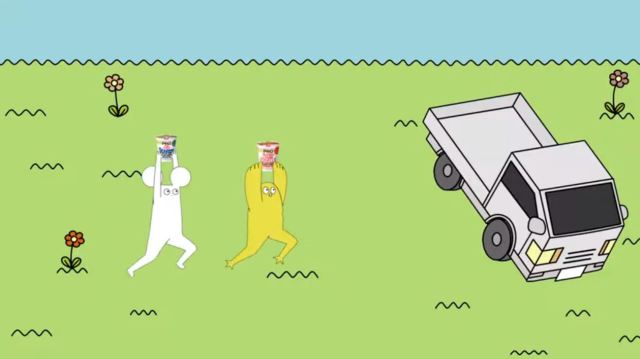 A fun bit of trivia about that commercial is that at the end, the chicken and mouse get into a keitora (“light truck”) and drive away. That’s meant to be a visual reference to Mayumura, who is often billed as the “guitar-playing-and-singing track-maker idol.” It rolls off the tongue a little more easily in Japanese, and the reference is also slightly easier to catch in Japanese because “track” and “truck” are homonyms in it. The year 2020 saw Matsuo become the fourth fastest rising YouTuber in Japan and Mayumura got a starring role in the feature film Yume no Oto. But they say you haven’t really made it in show business until you’re featured in a Cup Noodle commercial, so from this point onward we look forward to these two huge talents having rich and hearty careers like Cup Noodle Pro, and not having them dry up like Cup Noodle Broth Hardening Powder. Source: YouTube/日清食品グループ公式チャンネル via Kai-You via Livdoor News Images: YouTube/日清食品グループ公式チャンネル ● Want to hear about SoraNews24’s latest articles as soon as they’re published? Follow us on Facebook and Twitter!