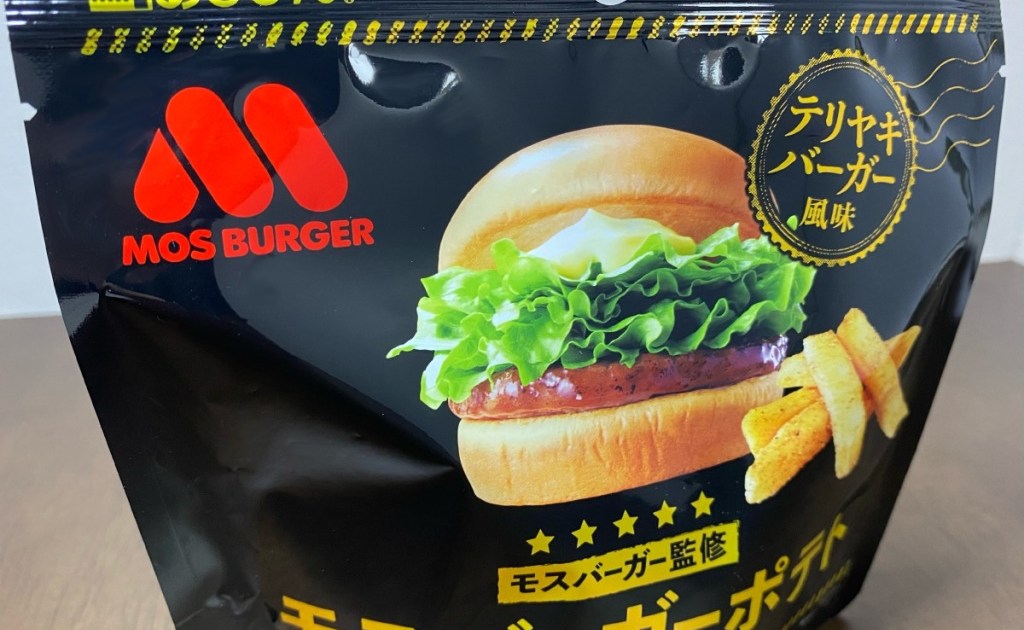 Is it a burger, fries, or something else entirely? We may have stumbled upon the first recognized case of burger-ception.  Mos Burger has been known to play around with people’s perceptions of what constitutes a burger on occasion. However, this time they’ve taken things a step further by releasing what essentially boils down to be […]

Is it a burger, fries, or something else entirely? We may have stumbled upon the first recognized case of burger-ception.    Mos Burger has been known to play around with people’s perceptions of what constitutes a burger on occasion. However, this time they’ve taken things a step further by releasing what essentially boils down to be the taste of a burger in potato form. The new Mos Burger Potatoes–Teriyaki Burger-Flavored snack fries are the first collaborative venture between the burger chain and food supplier Ajigen. As alluded to in their somewhat confusing name, the flavor of these fully snackable fries is based on the popular Mos teriyaki burger which is also displayed on the front of the pouch packaging. Our Japanese-language foodie correspondent Saya Togashi was intrigued by this new release and vowed to unpack its mystery by comparing it to regular Mos Burger fries. 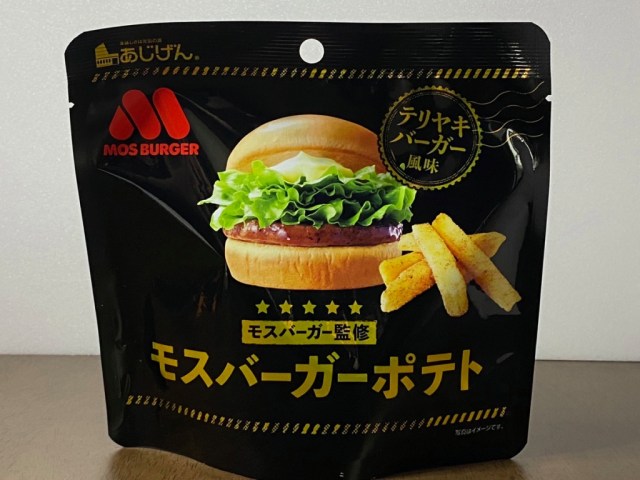 The burger-flavored fries have been on sale at limited Mos Burger locations throughout Japan since March 25. A 50-gram (1.76-ounce) pack currently retails for 220 yen (US$2.00). Regular Mos Burger fries are of the straight, medium-thick, and entirely delicious variety. Saya was curious how the new snack fries would stack up to the real thing. 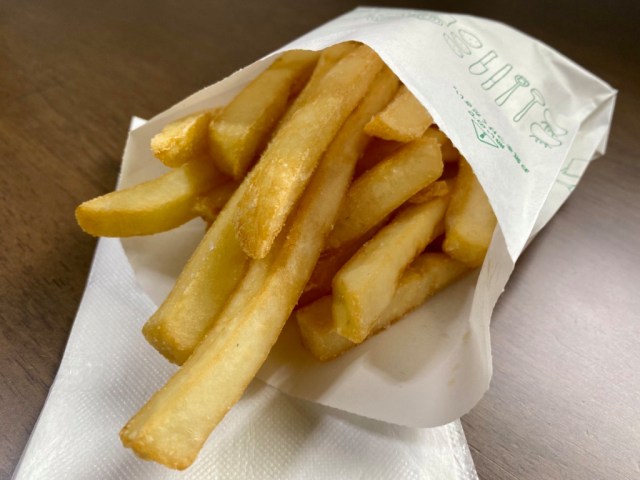 Upon opening the bag, fragrant seasoning immediately drifted up to her nose. According to the packaging, “hidden” flavors included both white and red fine miso powder. 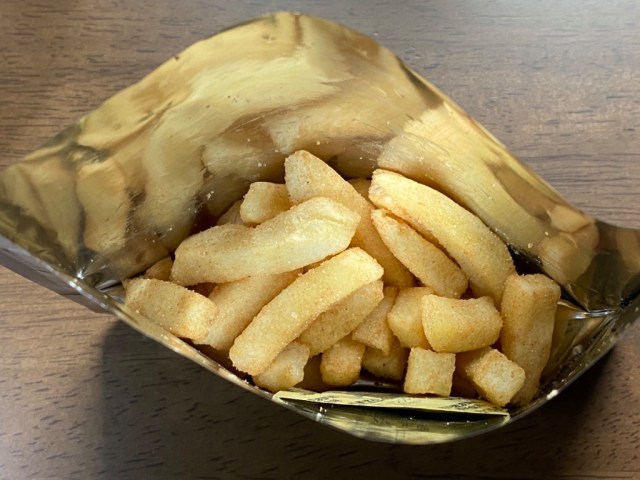 Here’s some fun trivia. As noted on the back of the pouch, Mos Burger actually originated the teriyaki burger in May 1973. It was initially created to appeal to the palate of Japanese people with the subtle addition of miso as well. However, since in Japan teriyaki is usually reserved for cooking with fish, the burger wasn’t an immediate hit due to people’s preconceived notions. The younger generation of high school girls eventually paved the way for its popularity through word-of-mouth. 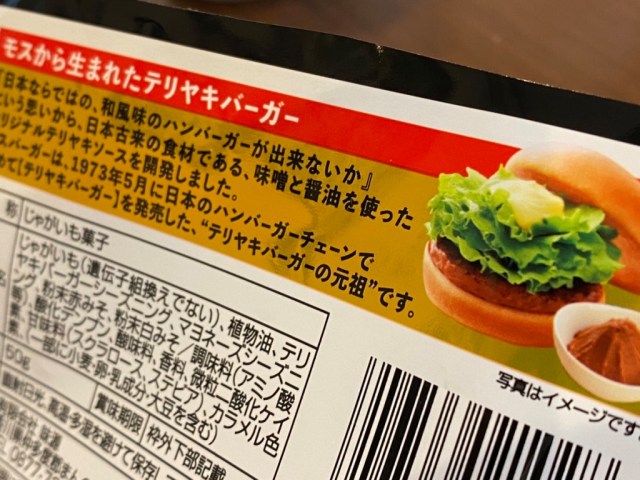 The appearance of the snack fries was very similar to that of regular fries. They were cut a bit shorter, but the thickness and coloring were basically unchanged. Their main visual difference took the form of the generous seasoning coating them. 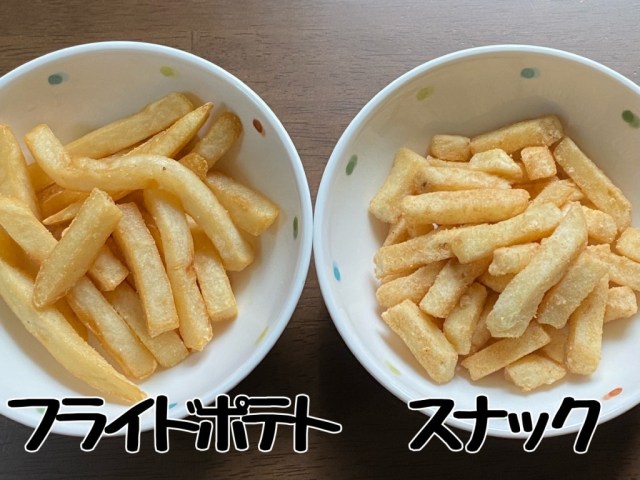 Now to test their taste. Saya popped one in her mouth and let her brain try to process what she was eating. Her first reaction was related to the texture. The one thing the snack fries couldn’t beat the real fries at was crispy flakiness. It reminded her of how excited she was when the Jaga Pokkuru potato snack from Hokkaido made her finally feel like she was eating potatoes when all other potato snacks paled in comparison. 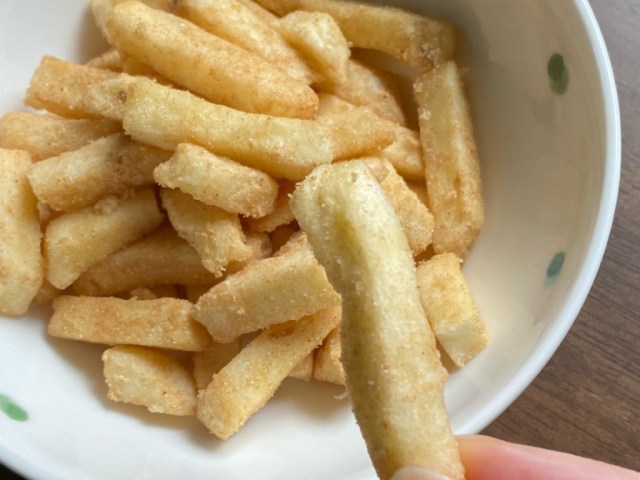 These Mos Burger potatoes, while crispy, were harder. They definitely had the feeling of originally being potatoes, but perhaps not in the best of ways. 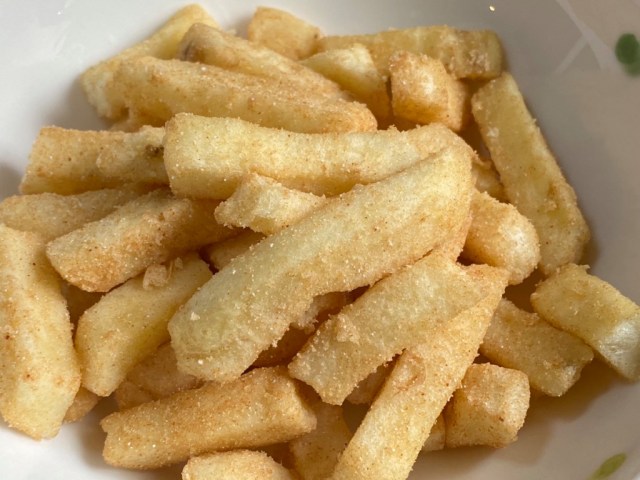 As for the taste, the flavor of mayonnaise came through unexpectedly strongly. While that surprised her at first, it made sense in a strange way since a real Mos teriyaki burger isn’t just about the teriyaki sauce–it has a hefty helping of mayo, too. It was actually kind of amazing how well the creators had replicated the taste of a whole burger in fry form. 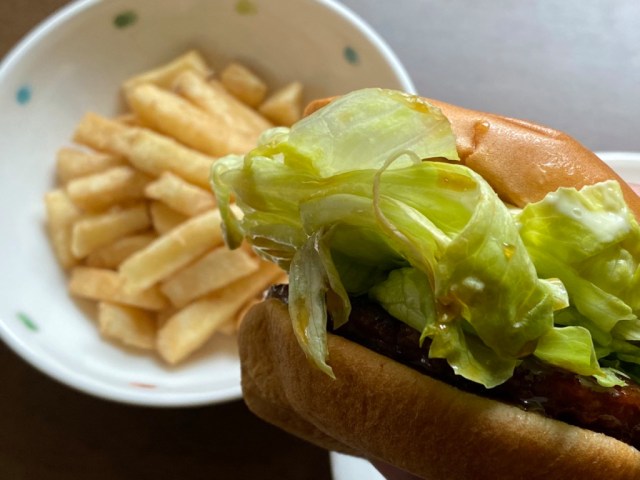 All in all, the snack fries definitely had the taste of a “meal” and Saya felt that they would go well alongside an alcoholic beverage. The seasoning’s flavor spread slowly but surely over her tongue and tricked her into thinking she was eating a teriyaki burger. 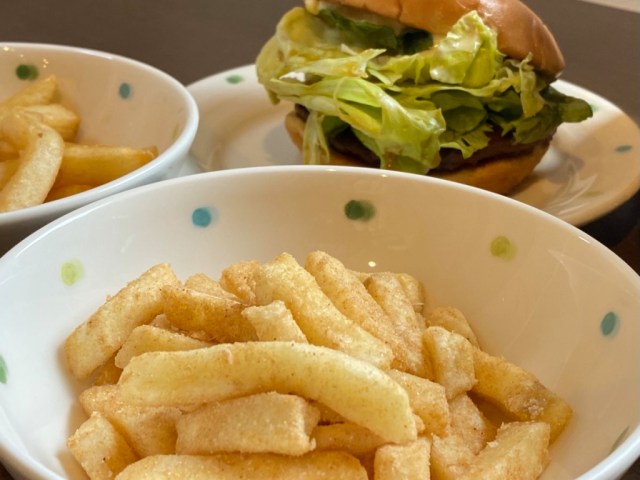 Mos Burger Potatoes–Teriyaki Burger-Flavored snack fries are set for a nationwide release in supermarkets, retail shops, and drug stores beginning on April 9. Depending on how well they sell, perhaps we’ll see other burger-flavored snack fries in the not-so-distant future as well. Reference: Mos Burger All images © SoraNews24 ● Want to hear about SoraNews24’s latest articles as soon as they’re published? Follow us on Facebook and Twitter!