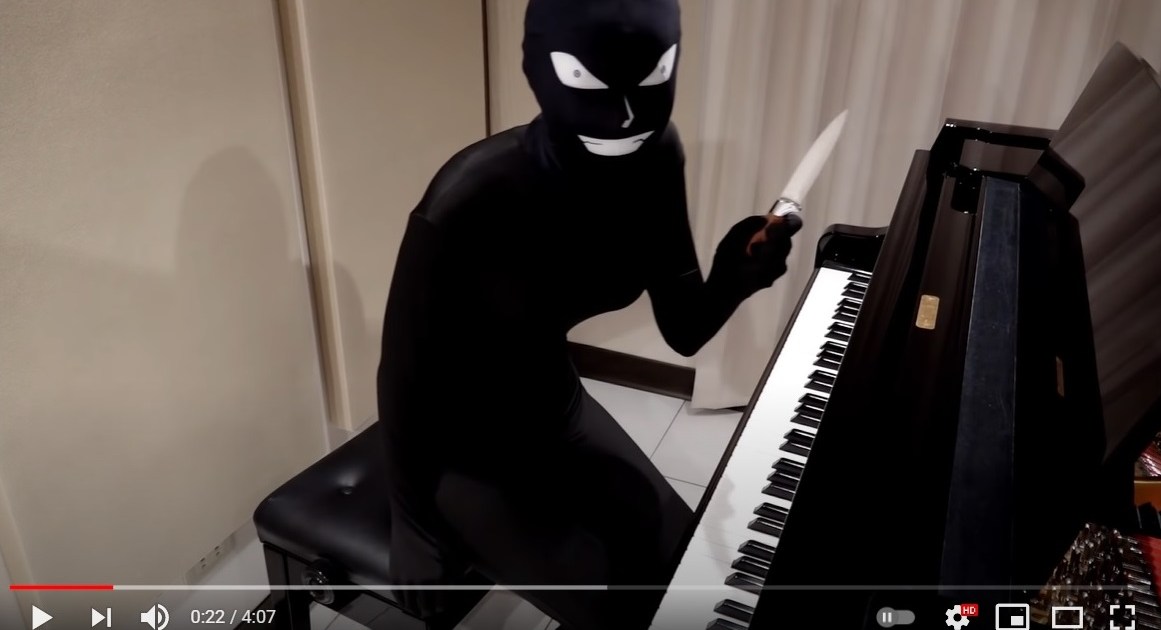 They say there’s no such thing as a perfect crime, but this might be the perfect cosplay/cover combination. Taiwanese musician and anime enthusiast Pan Piano has earned the nickname “sexy cosplay pianist YouTuber” among her growing fanbase in Japan, and few people would argue that the description is inaccurate. Among the anime series she’s done […] 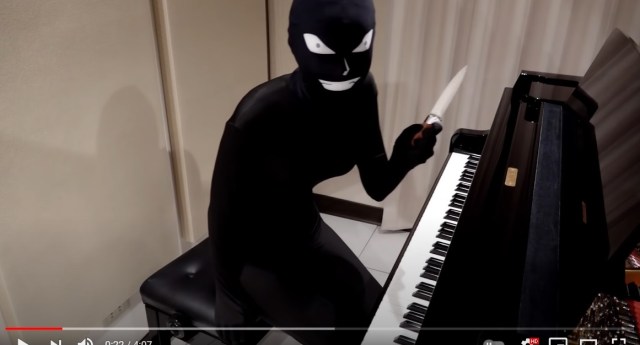 They say there’s no such thing as a perfect crime, but this might be the perfect cosplay/cover combination.   Taiwanese musician and anime enthusiast Pan Piano has earned the nickname “sexy cosplay pianist YouTuber” among her growing fanbase in Japan, and few people would argue that the description is inaccurate. Among the anime series she’s done simultaneous cosplays and piano theme song covers are Demon Slayer: Kimetsu no Yaiba, One Piece, Attack on Titan, and Princess Mononoke. While Pan Piano has shown off a wide range of costuming and musical skills, one thing she hasn’t shown is her face, as the camera in her videos is angled to keep the attention on her hands and (frequently low-neckline) outfits. However, her latest video breaks with tradition by featuring absolutely no exposed cleavage and, for the first time, has her entire head in frame…but even then, we still wouldn’t be able to pick her out of a lineup. That’s because Pan Piano’s latest project is a medley of melodies from Detective Conan, and rather than dress up as the presumed precocious but actually pharmaceutically pint-sized detective, she’s instead cosplaying as The Criminal. “Which criminal?” the uninitiated might be asking, seeing as how Shinichi Kudo has brough a whole lot of them to justice in the 27 years he’s been fighting crime since his manga debut. But one of Detective Conan’s recurring storytelling mechanics is scenes that show the criminal before their identity is revealed, portraying them as a shadowy, silhouette-like presence with garishly contrasting eyes and teeth, and that’s who Pan Piano is cosplaying as.

Just like the Criminal A from Detective Conan. pic.twitter.com/yc0p4pR0oq

In keeping with the treacherous inspiration, the video opens with Pan Piano sneaking into the room, producing a knife from behind the piano, and making a series of stabbing motions with it before opening with the chilling piece of Detective Conan background music titled “Reasoning” (“Suiri” in Japanese). Then, at the video’s 1:08 mark, she switches to the more upbeat “Criminal’s Hideout” (“Hannin no Ajito”). But there’s no such thing as a perfect crime, so sometimes even The Criminal is shown in a surprised and panicked state…

This is how they hide the criminal in Detective Conan~ pic.twitter.com/HsdnErDVAS

…and that’s what happens to Pan Piano too, right before she launches into the Detective Conan main theme right here: 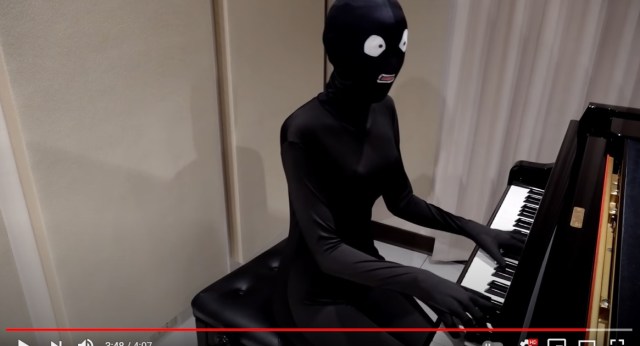 The main theme is no simple piece to play, and as the video cross fades to zoom in closer on Pan Piano’s hands, you might be tempted to think it’s to hide her removing her mask to make it easier for her to see what she’s doing. But nope, because before long the video cross fades back to the wider view, and she’s still got her disguise on, and with no break in the music or visual jump in her fingering that suggests any editing cut. So in the end, Pan Piano once again keeps her face hidden from the camera, and with our deductive powers being far below those of Conan’s, the mystery of her true identity is one that’s going to continue. Source: YouTube/Pan Piano via Hachima Kiko Images: YouTube/Pan Piano ● Want to hear about SoraNews24’s latest articles as soon as they’re published? Follow us on Facebook and Twitter!