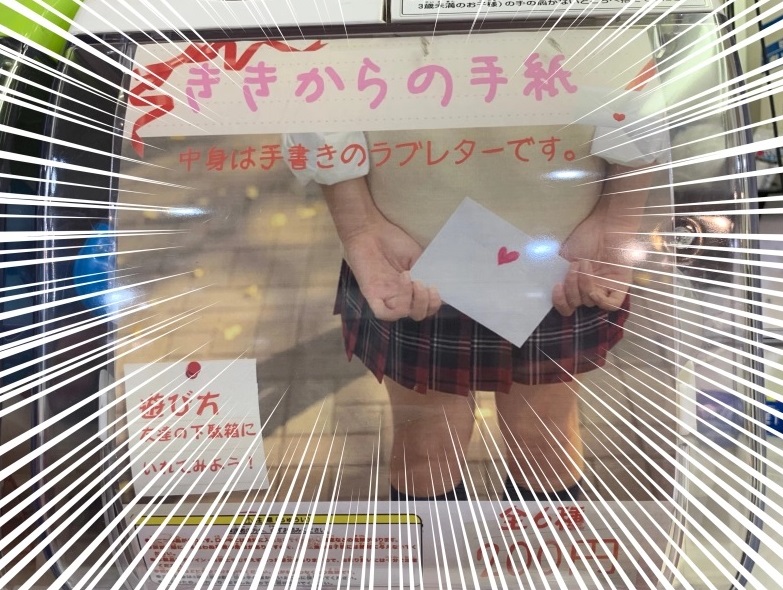 It turns out there’s a division of labor between who comes up with the words and who writes them on the papers. The bar for strangeness is set pretty high in the world of Japan’s capsule toys. After all, right now you can find machines selling such oddities as figures of gorillas wearing randoseru backpacks […] 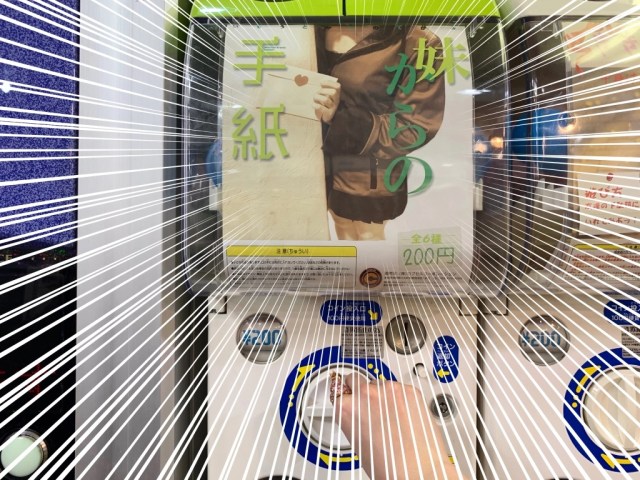 It turns out there’s a division of labor between who comes up with the words and who writes them on the papers.   The bar for strangeness is set pretty high in the world of Japan’s capsule toys. After all, right now you can find machines selling such oddities as figures of gorillas wearing randoseru backpacks or Shiba dogs with their heads bursting out of ukiyo-e woodblock artwork. But even by gacha toy standards, manufacturer Capsule Corporation’s Imoto Kara no Tegami line is pretty out there, since the name translates to “Letters from Little Sister,” and each capsule includes a letter filled with deep sibling devotion to and/or frightening possessiveness of Big Brother, like in the letter than says “Who was that girl I saw you with? Onii-chan KILL Onii-chan…What did the two of you do together? I won’t forgive you.” 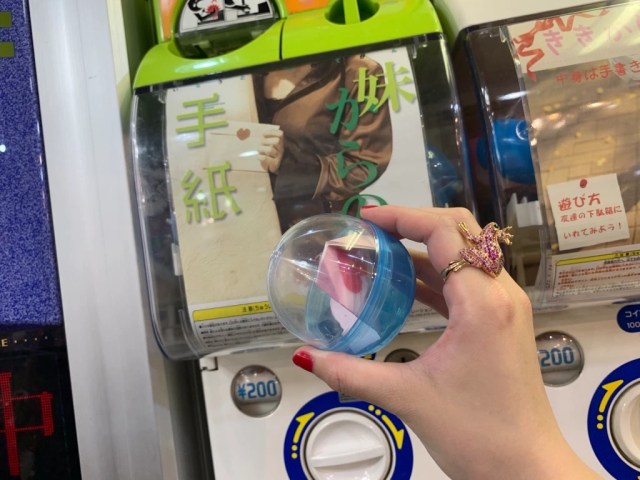 The letters come on pieces of paper folded up and nestled inside the capsules, and while some are printed with a hand-written font, others actually are written by hand. 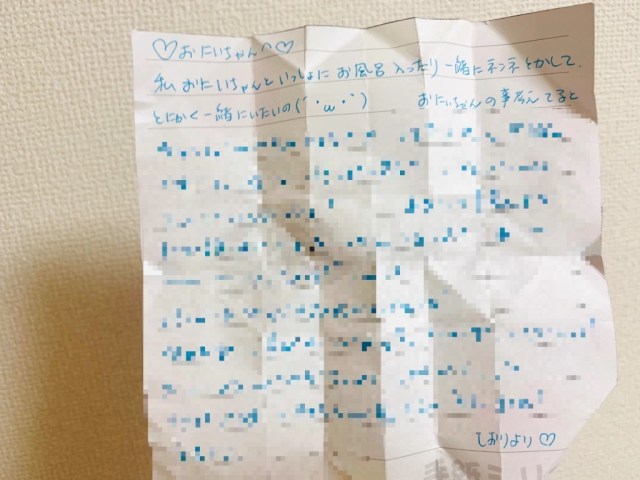 But who’s actually putting pen to paper? That was the question put to Capsule Corporation CEO Hideaki Eto by magazine Nikkan Spa, and at the risk of shattering the illusion, he revealed that the letters are not, in fact, written by teenage girls. “They’re generally written by women in their 20s, 30s, or 40s” Eto explained. Most of the time, it’s one or two women writing the expressive, brightly colored characters, but when things get busy, they bring in five or six part-timers to help with the extra workload. 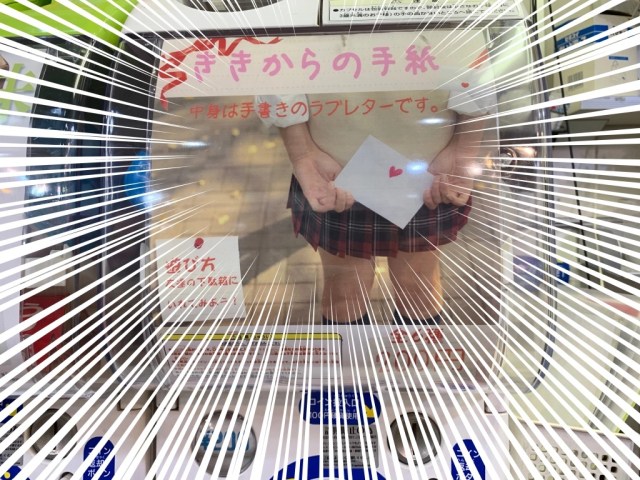 In addition to Letter from Little Sister, Capsule Corporation has a second line of hand-written letter capsule toys called Letters from Kiki, which contain love letters from a schoolgirl. For these, the handwriting is done by maids who work at a maid cafe the company manages.

▼ A Letter from Kiki 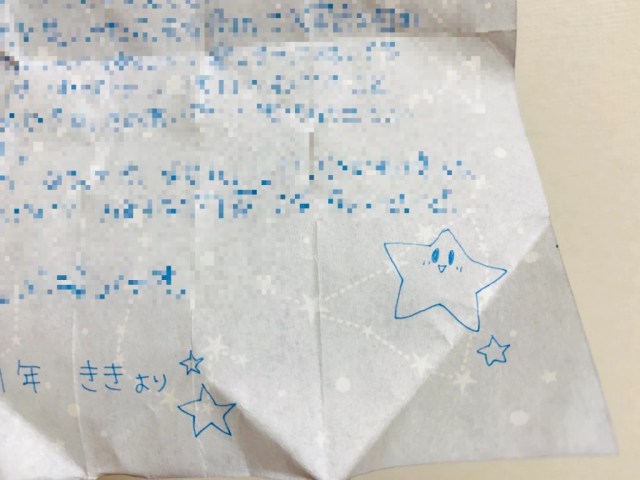 But while that answers the question of who’s writing the letters in a physical sense, it’s someone else who’s writing them in the sense of thinking up the words that go into the letters in the first place. So Eto also revealed the identity of the person composing the Letters from Kiki, and it turns out it’s…Eto himself! “I’m the one who composes them. I get really fired up writing love letters in the middle of the night.” However, Eto isn’t ready to pull back the curtain on all of his company’s secrets, and so he declined to say who’s composing the Letters from Little Sisters series. If we had to put money on it, we’d bet that he’s handling that duty too. Source: Nikkan Spa via Livedoor News via Jin Photos © SoraNews24 ● Want to hear about SoraNews24’s latest articles as soon as they’re published? Follow us on Facebook and Twitter!